Difference between Dubai and UAE

Key Difference: Dubai is a city in United Arab Emirates and located within the emirate of the same name, whereas UAE (United Arab Emirates) is an Arab country that is located in the southeast of the Arabian Peninsula on the Persian Gulf and consists of seven emirates including Dubai.

Sometimes Dubai and UAE are considered the same but there is a vast difference between both the terms because when someone refers to UAE, this means that he is referring to not only Dubai but the other six emirates too, comprising the UAE. Dubai is an important emirate of United Arab Emirate. 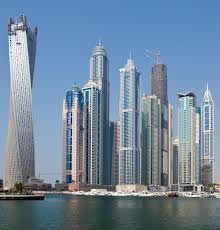 History of Dubai takes us back to the pre-historic times but the fate of this famous city changed after the discovery of oil in Dubai’s Fateh oil field in 1966. Since then it has been into remarkable progress and now it is one of the major attractions for the tourists from all over the world. Dubai is located within the Arabian Desert, on the Arabian Gulf coast of the United Arab Emirates and it is one of the emirates that consitutes the UAE. The emirate of Dubai shares its border with Abu Dhabi in the south, Sharjah in the northeast, and the Sultanate of Oman in the southeast. The weather in Dubai is usually hot and dry. Dubai as a city is very popular as it is considered as an economic powerhouse. The key businesses of the city are in the fields of real estate, financial services and tourism.

UAE stands for United Arab Emirates. It is a federal state that includes seven federal emirates. An emirate defines a political territory that has a dynastic Muslim monarch styled emir or ruler. The seven federal emirates that form the UAE are each administered by a hereditary emir. UAE stands for federation of seven emirates named as Abu Dhabi, Ajman, Dubai, Fujairah, Ras al- Khaimah, Sharjah and Umm al-Quwain. Earliar, these emirates were known as Truvial states and the Britishers used to provide them protection but Britishers did not formally administer them as a colony. During 1968, Sheikh Zayed the ruler of Abu Dhabi was able to understand the importance of union between the emirates. Later in 1968, the British government announced the termination of all the treaties regarding the protection of Trucial states, and  it paved the path for the unification of these emirates. 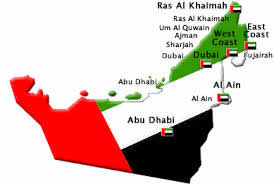 The emirates also considered that this kind of association is important in order to establish a stronger bond between them. Thus, in December 1971, the UAE became a federation of six emirates — Abu Dhabi, Dubai, Sharjah, Ajman, Umm al-Quwain, and Fujairah, and later in 1972, emirate of Ras Al Khaimah joined this federation.

The capital city of UAE is Abu Dhabi. The UAE federal structure consists of a Federal Supreme Council (comprising the Rulers of each Emirate), a Council of Ministers and a semi-appointed Federal National Council having an advisory role. It is important to mention that still each emirate is governed by its own ruler and has a local government of its own.  Abu Dhabi and Dubai play a significant role in the UAE and has been given special privileges also. All the emirates have Islamic religion influence. The unit of currency in the UAE is the Dirham.

The difference between the two is that Dubai is one of the emirates comprising the UAE. Apart from Dubai, UAE also consists of six other emirates. Dubai is a city of Dubai emirate also known as a global city and is also considered as a business and cultural hub of the Middle East and the Persian Gulf region.