Difference between Enquiry and Inquiry

Key difference: Inquiry is to make a formal inquest or investigation regarding something. Enquiry is to ask a question. 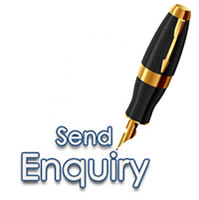 Nowadays, the difference between the two words has blurred, with both being used interchangeably, especially in American English. In US, the word inquiry has become predominant, eclipsing enquiry. Inquiry is used in all aspect and forms of inquiry, as well as enquiry.

However, British English still maintains the distinction among the word. Fowler's Modern English Usage, printed in 1926, states that inquiry should be used in relation to a formal inquest, and enquiry to the act of questioning. Still, many dictionaries, including the Oxford English Dictionary list inquiry and enquiry as equal alternatives of each other.

Inquiry is mainly used in regard to an investigation into something and has more of a formal and official overtone, whereas enquiry which stands for a request for truth, knowledge or information, is more informal in use.

The etymology of the words is yet another distinction. Enquiry comes from the Middle English, enquery, which in turn come from the Old French verb enquerre. Inquiry instead hails from the Latin inquīrō.

Some examples of inquiry and enquiry in use: