Difference between Habit and Instinct

Key Difference: Habit is a fixed tendency or pattern of behavior that is often repeated and is acquired by one’s own experience or by one’s own learning, whereas an instinct tends to be similar in nature to habit, but it is acquired naturally without any formal training, instruction or personal experience.

Oxford Dictionary defines habit as ‘a settled or regular tendency or practice, especially one that is hard to give up.’ Thus, in simple words, any practice or activity can be termed as habit if it is often repeated. Let us understand a few examples to make this term clear. 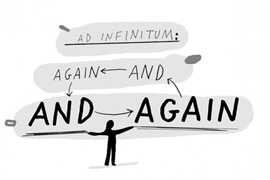 Mary went to try this new café just around the corner from her place. She sits and sips a coffee. Next day, when she comes back from the office, she feels the urge of having a coffee; she again goes to the same café. Now, everyday after coming from the office, she goes to the same café and sips the same coffee. It is a part of her routine. Can we call it a habit of sipping the same coffee at the same café? Yes, definitely it is a habit. Now just imagine, one day her friend Maria meets her and tells her to have a coffee with her in some other café, but Mary is reluctant to go to this other café. Now, you can observe the tendency of a habit; a habit is usually hard to give up.

You must have heard a proverb ‘Old habits die hard.’ It means that if the habit was developed long time back then it is difficult to get over that particular habit.

Oxford Dictionary defines instinct as ‘an innate, typically fixed pattern of behavior in animals in response to certain stimuli.’ It 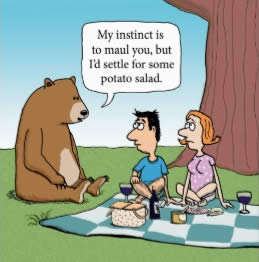 means that instinct is a fixed type of behavior that appears naturally and has not learned by anyone’s instructions or previous experiences. Let us consider an example that might help you to understand the definition of instinct.

Have you ever see a honey bee comb? Honey bee comb is a very important source of honey. Honey bees are perfect examples to understand the term instinct. Honey bees are neither trained to produce honey, nor they do it after watching the other bees producing honey. How they are able to form such a complex architecture?

Honey bees are not taught but they acquired all these practices and activities by their instinct. They do it naturally, on their own without any training. They have their own protection methods and methods to maintain optimum temperature inside the comb.

Another example is related to proboscis monkeys, as they have an instinct for swimming, without any learning. All these examples suggest the various behavior patterns of honey bees based on their instincts. How these instincts develop? They are supposed to be a feature acquired in the process of evolution.

Habit and instinct are similar in nature but the only difference between them is that both differ in their origin. A habit is a learned type of behavior, one that has been acquired after repetitive actions, whereas instinct is related to naturally acquired type of behavior. Another important difference between them is that a habit is not acquired from previous generations, whereas an instinct is based on the evolving behavior patters of the previous generations. A habit can differ from an individual to the other. For example, Tom and Jerry are two brothers; Tom has the habit of rubbing his hands, whereas Jerry has the habit of rubbing his eyes. On the other hand, same instincts tend to be acquired by similar animals. For example, every deer is scared of a tiger and runs to escape from the tiger.