Key Difference: Bird Flu is a type of viral infection which is contagious and affects birds. It is caused by the Bird Flu Virus (H5N1 Influenza A virus). On the other hand, Swine Flu is an influenza that affects pigs. It is caused by any of the several types of swine influenza virus. 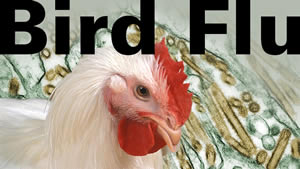 Bird flu is also known as the Avian influenza. It is a viral infection that spreads from one bird to the other. The flu viruses are naturally present in the birds. Generally, wild birds contain these viruses in the intestines. These viruses do not create any problem for them. However, swine flu is a very dangerous and contagious infection among birds and it is capable of effecting the domesticated birds like chicken, ducks, etc. Currently, the H5N1 strain of the bird flu has already caused a lot of concern due to its deadly effects. It is capable of spreading very quickly through flocks.

Generally, bird flu does not affect humans as most of these viruses are harmless to humans. However, in rare cases, humans may get affected with the flu. It can spread to humans, when they come into direct contact with the infected bird. The bird can be dead or alive. The infected bird’s droppings or secretions from their eyes or respiratory tract can be a transmission medium. 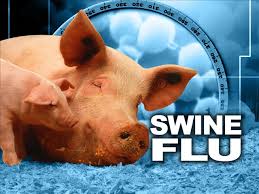 It is generally spread through close contact among pigs and possibly by the passing of a contaminated object from the infected pig to the uninfected pig. It is a contagious disease and can also spread in the human body by coming in contact with a infected person. Coughing and sneezing can lead to the transmission of the disease.