Difference between Smartphone and Touch Phone

Key Difference: Smartphone is a mobile phone that operates on an operating system, similar to a mini computer. Smartphones are basically that – a mini computer. Touch phones are any phones that have touch capabilities and a touch screen. A touch screen is an electronic visual display that allows users to access any features on the phone by touching them with fingers or a stylus.

Smartphone and touch phones are related concepts and are often confusing for many people. Let’s try and simplify it for all the non-techies out there. Smartphone is a category for cell phone, which incorporates all phones that have computing capabilities along allowing users to make/receive calls and make/receive text messages. Touch phone is more of a feature than a classification. Touch phones are basically any phone that allows touch capabilities; it allows users to touch to access anything on their phone. Many smartphone these days have full touch capability, classifying them as smartphones as well as touch phones. 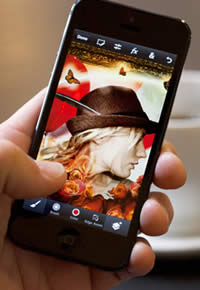