Difference between Rack and Shelf

Key difference: A rack is defined as a structure of bars, wires or pegs used for holding, carrying or displaying a specific load or an object. Whereas, shelf is defined as a thin slab of wood or metal, fixed horizontally to a wall or in a frame, and used for supporting objects.

According to Collins English Dictionary, ‘rack’ is a 'framework used for holding, carrying, or displaying a specific load or object, such as a plate rack, a hat rack, a hay rack, or a clothes rack, etc.' It is usually a fixture containing several tiered shelves, which is affixed to a wall like a book rack or a spice rack. 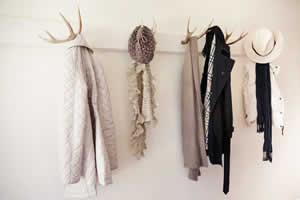 The usage of the term ‘rack’ changes according to the context in which it is required or used, for example, coat rack, shoe rack, etc. Rack may refer to ‘storage’ such as an amp rack, short for amplifier rack, which is a piece of furniture in which amplifiers are mounted; a bicycle rack, i.e. a frame used for storing bicycles when not in use; bustle rack, a type of storage bin which is mounted on armored fighting vehicles; and a drying rack, which is used for hanging clothes to dry. The other uses of the term ‘rack’ can include climbing rack, which is a set of equipments that are carried when going for a climb. It is used in traditional climbing. Rack is also used in terms of a web server interface; it is an interface for Ruby. Rack is also referred to a torture device consisting of a rectangular wooden frame with a roller at one or both the ends. Few other examples are given as follows:

The term ‘shelf’ is defined as a framework made up of a thin flat plank of wood or metal which is fixed horizontally against a wall, for the sole purpose of supporting objects. 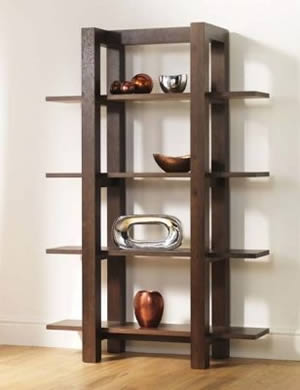 According to Wikipedia, a shelf is a flat horizontal plane which is used in a home, business, store, or elsewhere to hold items of value that are being displayed, stored, or offered for sale. It is raised off the ground and usually supported on its shorter length sides by brackets. It can also be held up by columns or pillars. It can be attached to a wall or other vertical surfaces, be suspended from a ceiling, be a part of a free-standing frame unit, or it can be part of a piece of furniture such as a cabinet, bookcase, entertainment center, etc. Usually two to six shelves make up a unit, each shelf being attached perpendicularly to the vertical or diagonal supports and positioned parallel to one another.

Free-standing shelves can be accessible from either one or both of the longer length sides. A shelf with a hidden internal bracket is termed a floating shelf. The length of the shelf is based on the space limitations of its sitting and the amount of weight which it will be expected to hold. The vertical distance between the shelves is based upon the space margins of the unit's sitting and the height of the objects; adjustable shelving systems allow the vertical distance to be altered. The front edge of the shelf under the objects can be used to display the name, product number, pricing, and other information about the objects. The unit can be fixed or be some form of mobile shelving. The most heavy duty shelving is pallet racking.

A shelf is also known as a counter, ledge, mantel, or rack.

Comparison between Rack and Shelf: