Key difference: Although, both hot and cold waxes are used for the purpose of hair removal, both are considered different based on their uses, ingredients, temperature and the applying method. 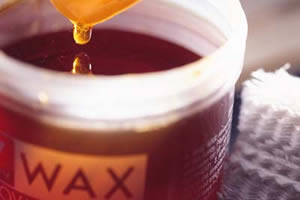 In the 22nd century, where the people are judged on basis of their appearance, looking good at all times is of utmost importance for both men and women. People, in order to enhance their personalities, undergo many beauty treatments such as waxing, bleaching, tanning, etc. Also, for a clean, neat, soft and smooth look, waxing is widely used option.

Waxing is a popular method of hair removing. It is an effective technique used for long lasting hair free skin, as it helps in removing the long, dense and unwanted hair from our body. Typically, there are two types of waxing: hot waxing and cold waxing, but depending on a person’s choice, one can decide which method to opt for. 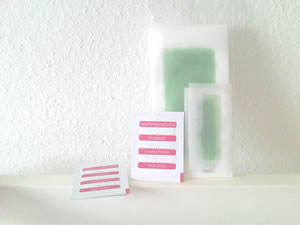 In terms of their use, cold waxing method is easier than the hot waxing method. As in cold waxing, there are various shapes and sizes of strips available, whereas in hot waxing, one has to manually apply the wax with the help of a stick, and then clean it using paper strips. Also, removing hair from smaller areas such as upper-lips, eyebrows, etc is difficult with hot wax. However, for best and long lasting result, hot waxing is the option, wherein one doesn’t have to continuously reapply the wax strips for complete hair removal. Also, the repeated application of the cold wax strips might cause painful red bumps, skin irritation and problems of ingrown hair.

Another difference between the two is the temperature at which they are applied to the skin. Generally, the wax is melted before applying to the skin, and then using a small piece of cloth, unwanted hair is removed. While, in cold waxing, the wax is already applied to the pulling strips, it is simply applied and pressed in the direction of the hair, and then pulled in the opposite direction.

Though, the wax used for both is made up of same ingredients. The basic ingredients used are paraffin or beeswax, resin and lubricator. Resin is used because of its adhesive properties and better attachment to the hair strands, whereas oil or fat is used as lubricator for smooth and easier hair removal. At the end, no matter, which method one might opt for, it is advisable that on infected, irritated and sunburned skin, waxing should be avoided. Also, any further differences between the two can be read on the table below.