Difference between Judo and Taekwondo

Key difference: Both, Judo and Taekwondo are martial art forms and combat sport, the main difference lies in their origin, that is, Judo is from Japan, while Taekwondo comes from Korea.

The article below will explain the further more differences, based on their explanations. 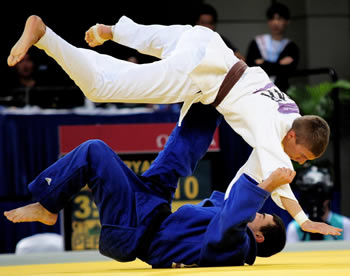 Judo is a known form of combat sport and martial art. It was practiced as form of exercise during the Samurai Warrior class period. It is a part of the Olympics since from 1964. The art form was derived for peace and respect point of view.

Judo is a blend of wonderful system of physical, intellectual, and moral education. It is derived martial art form, whose techniques are designed on the principles of gentleness. The actions and moves are adapted from the previous hurting and killings maim moves. The art form is known for its culture and respect towards its sport. It has maintained its heritage from several years; it’s a blend of customs and traditions. Judo’s techniques are often considered to be complex as they require time, effort and energy, which are obtained by rigorous physical and mental training. A code of ethics, a way of living and way of being are the ethics associated with the martial art trainings. Today, the martial art is practiced by more than 20 million individuals; it has also become one of the most famous forms of Martial Arts in the world. 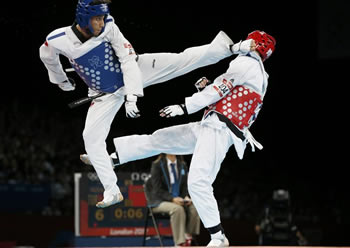 Taekwondo is a Korean combat sport and a martial art form. It was a military martial art form, originated in the South Korean region. Today, the art from is accepted worldwide and is flourishing in nearly 184 countries.

“Taekwondo” word is derived from the following Korean words:

Taekwondo martial art form is associated with continuous kicking, and punching techniques. It is "The art of Kicking and Punching" or "The art of unarmed combat". In Teakwondo, the legs play a vital role in the actions and attacks. The martial artistes have long and strong legs, which act as a weapon at the time of attacks and kicks. Physically, Taekwondo is known to develop strength, speed, balance, flexibility, and stamina. The traditional Taekwondo, is a martial art form, which was established in the 1950s and 1960s in the South Korean military. It was also practiced in various civilian organizations, including schools and universities. Whereas, the modern Taekwondo consists of two main styles; its one style is practiced by International Taekwon-Do adherents and the other is derived from Kukkiwon, the source of the sparring system sihap gyeorugi.

Comparison between Judo and Taekwondo: