Difference between Exemption, Deduction and Rebate

Key Difference:  Exemption refers to the ability of a person to not pay taxes on a certain amount incurred. When deductions occur, a portion of the taxable income reduces. The tax payer pays all the taxes and then files for  rebate, which if the government thinks is accurate, extra money is given back to the payer. 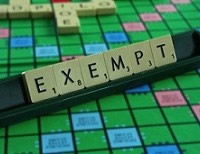 The terms exemption, deduction and rebate are a nightmare for people who become adults and are first introduced to paying taxes. A lot of people are clueless when it comes to paying taxes on their own and hence accountants are so highly valued in our society. They understand the rules and everything that goes with it. However, it doesn’t mean that taxes or filing taxes is a really hard job. Once, a person can understand the terminology, there are online software that can help people pay their taxes.

Exemption, Deduction and Rebate are three terms that are commonly come across when filing for taxes. These are three ways that a taxpayer can avail for tax concessions. Exemptions and deductions both reduce the taxable income and are allowed concession before the taxes are paid, while rebates reduce the tax and are offered after taxes are filed.

The word “exempt” means “free from an obligation from doing something”.  When it comes to taxes, exempt refers to the ability of a 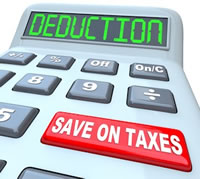 person to not pay taxes on a certain amount incurred. This amount is legally excused to avoid or reduce taxation. Depending on different countries, there are certain items or types of income that is considered exempted from having to pay taxes on them. When a person applies for taxes, he must clearly suggested which income is earned from where and if the conditions meet, he can claim certain income to exempted, this will reduce the amount of taxes he has to pay on his income.

Deduction is defined as “the act of subtracting or removing a part from the whole.” Ths is similar to what happens when applying for tax deduction. When deductions occur, a portion of the taxable income reduces. The percentage is depended on the tax payer’s bracket. For example: a percentage of tax deduction exist for women tax payers. That deduction is done while filing the taxes and is removed from the final taxes the taxpayer has to pay. 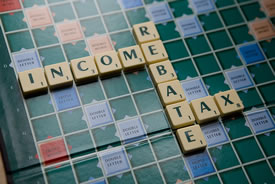 Definition of tax rebates is similar to the definition of rebate in marketing, where the person must pay full price initially and then the manufacturer returns a part of the cost. Similarly, a tax payer must pay the full amount that he/she has calculated as tax. If the government, following their calculations, thinks that the taxpayer has paid extra, they return the portion of the amount they find extra to the taxpayer. However, the taxpayer has to file for tax rebates, where he claims what he believes he should be getting a concession. If the government thinks that the tax payer can avail that concession, will he get a check back.

Comparison between Exemption, Deduction and Rebate: