Difference between Female and Male Brains

Key difference: Male brains are bigger than females. Also, men are predominantly left-brained, which means that they use their left hemisphere more, whereas females use both left and right hemispheres equally.

It is universally acknowledged that men are difference from females. They tend to react differently to different situations. Men are said to be better suited to some tasks then women and vice versa. This is why traditional gender roles dictate that men are suited to careers like politics and science, while a women’s place is said to be in a household. While, this is not entirely the case, there is some truth to the matter. Men and women do differ from each other, not only physically, but in brain structures as well. While the differences may not be related to each and every single person, the descriptions are more or less on generalization.

Science has proven that the size of a male brain differs from a female, i.e. it is bigger than the females. While the reason for this phenomenon is still unknown, it has been attributed to the fact that men are physically bigger than women; hence it makes sense that this will be reflected in brain size as well.

Also, men are predominantly left-brained, which means that they use their left hemisphere more. The left hemisphere is attributed to logical and rational thinking. The right hemisphere is usually attributed to emotions and creativity. In women, both the left and right hemispheres are equal in size and function. This is why women seem to be more emotional then men. However, this makes no impact on general intelligence. Both men and women have shown no significant differences in IQ levels, except the fact then men seem to excel in mathematics, presumably due to their logical reasoning, whereas, women tend to excel more at languages, due do their effective use of cognitive abilities of the right hemisphere.

According to Simon Baron-Cohen, the male brain is characterized by systemizing tendencies, where systemizing is the drive to analyze, explore, and construct a system. Men seem to what to figure out how things work and they often try to extract the rules that govern the behavior of a system, in order to understand, predict or reinvent the system. Women, on the other hand tend to have empathizing tendencies, where empathizing is the drive to try to identify another person’s emotions and thoughts, and to respond to them with an appropriate emotion. Women are hardwired to try to understand another person, to predict their behavior, and to try to connect with them emotionally. This makes them intuitive to their own feelings, as well as the other person’s, and overall better communicators.

These tendencies and differentiations have developed in response to the certain situations and environments that each of the sexes have faced over the millennia. The systemizing tendencies of men were necessary for inventing and making tools and weapons. Also their low empathizing ability helped them survive the solitude during long hunting and tracking trips as well as for committing acts of interpersonal violence and aggression, which were considered necessary for male competition.

Women developed their empathizing tendencies in order to effectively take care of their infants, including anticipating and understanding their needs as they cannot talk yet. Also, these tendencies helped ancestral women make friends and allies in new environments and tribe into which they were married into. 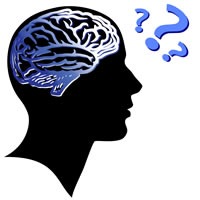 These differences are also the basic reason why men and women can’t effectively communicate with each other. Men try to analyze the relationships rationally, analyzing them like logical systems. They fail to realize that relationships involve other human beings with emotions and feelings, and that the other human beings, i.e. women view the relationship differently than them. Women tend to put more emphasis on emotions and feelings, and want to talk about these feelings in order to try to explain them to their significant other, while failing to realize that the significant other, i.e. men don’t care about feelings in general.

There are many more differences between the male and female brain, which are noted below: