Difference between Hostility and Aggression

Key Difference: Hostility and Aggression are both rooted in anger. Aggression refers to any word said or action taken with the purpose of being hurtful, harmful, and with the intention of inflicting damage or other unpleasantness upon someone. Hostility, on the other hand, refers to a state of ill will and bad feeling, where a person dislikes or hates someone or something else. 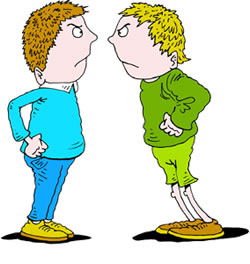 Anger is a common feeling that everyone feels. It is normal, and it is even healthy to feel angry, as it helps one deal with what ever issues that need to be dealt with. However, how we react when we are angry is what makes an impact. Some people deal with anger in an expectable manner by going over the issues and eventually letting them go, however, others tend to react more violently or in a conflicting manner.

Everyone reacts differently when they are angry, some people scream, some turn red, some cry, some glare, etc. However, some people turn violent. Aggression refers to any word said or action taken with the purpose of being hurtful, harmful, and with the intention of inflicting damage or other unpleasantness upon someone. In most cases, aggression occurs in retaliation to something someone else said or did.

However, in some cases, the aggression can be unprovoked. This could be due to repressed anger, or misplaced anger, i.e. taking the anger of something else out on someone or something else.

Hostility, on the other hand, refers to a state of ill will and bad feeling, where a person dislikes or hates someone or something else. For example: if your colleague insulted you in front of your boss, chances are that you are going to dislike or even hate him forever, or at least until the time you are working there. The colleague must also probably dislike or hate you, which is why he insulted you in the first place. This feeling of usually mutual dislike is called hostility. However, it need not be mutual, it could be one sided. For example, if the colleague didn’t insult you on purpose and tries to apologize and you continue to hate him and refuse to accept his apology, then you are showing hostility towards him. 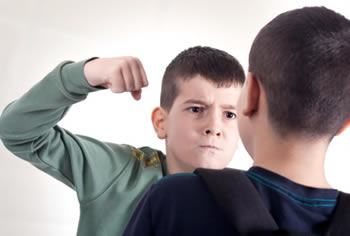 Even if you are being hostile, it does not mean that your behavior may be aggressive. This is where the term ‘frenemy’ comes from: there is hostility between you too, but you don't need to openly show it and be aggressive towards each other; instead you may act politely and pretend that you are best friends, or at least get along fine.

The two terms do have certain differences between them, but in common usage, the two terms are often used interchangeably and as synonyms for each other. Hence, both terms refer to aggressive behavior that intentionally or non-intentionally aims to cause harm to and/or provoke someone.

In addition, the two terms are also often used in a political and military aspect. Here, the terms refer to acts and action taken against a group, country, government, etc., usually during war or such. In this scenario, aggression refers to any violent action such as an uprising, a skirmish, etc. especially one that is taken against a group, country, government, etc.,  Whereas, hostility mainly refers to acts of fighting that take place during times of wars; any act of war, i.e. military action may be described as hostility.

Comparison between Hostility and Aggression:

Terribly written article. Aside from the numerous typos and even misplaced definition in the table, this article does very little to clarify the difference between aggression and hostiliy. The article is replete with self-references.