Difference between Squid and SquidGuard

Key Difference: Squid is a widely used, high performance proxy server which is designed to operate on any modern Unix system. SquidGuard can be defined as a URL redirector for Squid. It is also a filter and access controller plugin for squid. SquidGuard works as an extension to Squid. 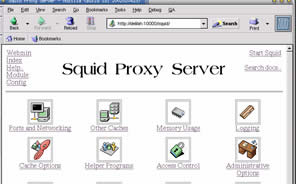 Squid is a widely used, high performance proxy server that has been designed to operate on any modern Unix system. It has to be installed on a Unix or GNU/Linux computer such as server computer. However, the filtering mechanisms can cover Windows or Macintosh computers in an organization. A copy of the rendered pages served by webserver are stored by squid and if next time the same page is requested by the user then Squid serves the page instead of the webserver. This whole process of caching helps in improving the performance of the webserver. It is based on the Harvest Cache Daemon which was developed in the 1990s.

The copy of the objects is kept in the hard disk drive, and therefore multiple clients can be served same objects by using the hard disk cache. Apart from its task of caching, it also provides various other features. It can also be used with firewall for security purposes. Squid is licensed under the GNU GPL. 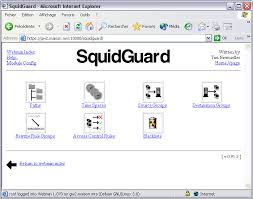 SquidGuard can be defined as a URL redirector for Squid. It is also a filter and access controller plugin for squid. One can also define multiple types of access rules with various types of restrictions focusing on different age groups on a Squid cache.  It is often preferred for its features like it is free (GPL) and flexible. Squidguard was originally developed by Pal Baltzersen and Lars Erik Haland. The current  stable version is 1.4 and new features included in the newer version are –

Squid and SquidGuard, booth cannot be used to edit, filter or censor text inside document or HTML embedded script languages like JavaScript or VBscript. Squid is a fast proxy cache program, whereas Squidguard is a URL redirector which works as an extension to Squid.

Comparison between Squid and Squidguard: