Difference between Film and Video

Key difference: The term ‘film’ is referred to movies of an artistic or educational nature, which are not expected to have large and commercial appeal. The term ‘video’ usually means a film recorded on a video cassette. 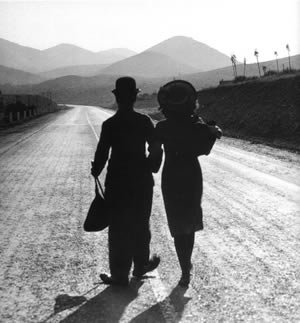 Film is a term referred to as the art of making motion pictures. It is the contemporary definition of cinema that communicates ideas, stories, perceptions, feelings, beauty or experiences by the means of recorded or programmed moving images along with other stimulations.

According to Wikipedia, a film is a series of still images which, when shown on a screen, create an illusion of moving images due to the phi phenomenon. A film is created by recording actual scenes with a motion picture camera; by photographing drawings or small models using the usual animation techniques; by means of computer animation; or by a combination of some or all of these techniques and other visual effects.

A film usually includes an optical soundtrack, which is a graphic recording of the spoken words, music and other sounds, which goes along with the images. The soundtrack is played along with a portion of the film exclusively reserved for it and is not projected on the screen. Films are considered to be cultural artifacts created by specific cultures which are reflected and at times affected. It is considered to be a source of popular entertainment and a powerful medium for educating and providing information to the people or the society. The visual basis of the film gives it a complete power in making a statement.

Typically, a film is made under the names of big productions houses. A film includes art direction done by directors, casting of actors, writing of scripts, beautiful sets and fabulous locations for shooting. It is usually projected on big screens as in the cinemas. A feature film has a running time of more than 60 minutes and a short film has a running time of 40 minutes or less.

Video is an electronic medium for the recording, copying and broadcasting of moving visual images. 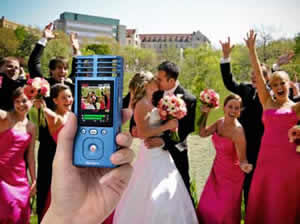 Video is described as a cold medium due to its clinical interpretation of life. Picture and sound is converted into digital data or analog tape. The quality of the projecting video is a little harsh in quality than film, which acts as its counterpart. The experience watching a projected film is perceivably different than watching films projected from video. Videos are made with the help of a video camera and one can start shooting anywhere and anytime they want. One doesn’t need a person or an actor to shoot. They can shoot whatever they want to or whatever comes to their mind. One doesn’t need directors directing the scenes to shoot, it is all natural.  There is also no need for location or sets, one can simply start shooting in the backyard of their house, a friend’s birthday party, vacations, etc; these are referred to as home videos. Videos are usually not projected onto the cinema screens, but are usually seen on the small LCD of the video camera or replay the video on your TV by connecting the camera with the TV.

Due to the low resolution, the standard definition videos are limited in their projection size. Video data can be easily transferred to computer due to its digital and tape format.

Comparison between Film and Video: