Key difference: Ice-cream is a frozen dessert made with milk or sugar and other added flavors, whereas frozen yogurt is a dessert that is made of yogurt instead of cream or milk. The main difference between the two desserts is based on their ingredients, and nutritional benefits.

Be it anytime of the year, desserts after a meal or so are compulsory. Also, people are known to love their ice creams and frozen yoghurts throughout the year. But, which is the better option, and which one is healthier? Although, the answer is simple enough, there are lots of nutritional differences between frozen yogurts and ice creams. 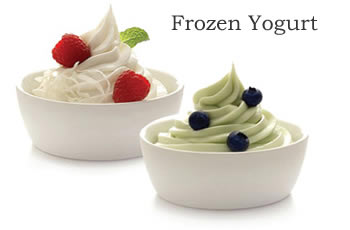 Frozen yogurts, also known as “FroYo”, is a frozen dessert that is made by yogurt and other required dairy products. It is a fermented dessert that is made by adding live bacteria in to the milk. These bacteria promote fermentation in the milk by releasing lactic acid. This acid then helps in thickening milk proteins, which causes them to form a wall to guard against the non-helpful bacteria.

Though, the frozen yogurt is only beneficial, if the bacteria are still alive after the whole fermentation process. These bacteria in the yogurt aid in digestion, and improving the immunity system. Furthermore, ‘froyo’ has fewer calories, less fats, low sodium and cholesterol content, etc, that help in lowering the risk of health problems. 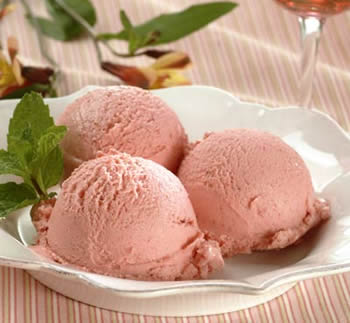 Ice-cream, on the other hand, is usually made from dairy products. It is a combination of milk and cream that is combined with fruits and other ingredients that add flavor. It mainly consists of sugar and other sweeteners. Also, there are artificial flavors and colors are added to enhance the taste and the variety of the ice-creams.

Ice-cream is made by combining all the ingredients and stirring them slowly in a cooling vat. The cold temperature helps to incorporate the air in the icecream, and prevents the formation of large crystals. This results in smooth textured semi-solid foam that is soft, tasty and easy to scoop. Though, more than one scoop of ice-cream can be really harmful for health. Although, ice-cream does provide calcium, protein, and various other vitamins and minerals, but because of the large portion of full cream and fat in it, makes it a less healthy choice in desserts.

Also, ice-cream was first introduced into the United States in the year 1776, whereas yogurt was introduced in the year 1770, before ice-creams. It took 200 years for the frozen yogurt to catch on, but when it comes to a healthy choice, “FroYo’s” are the clear winner based on its health probiotic properties.