Difference between HTML and HTTP

Key difference: HTML stands for HyperText Markup Language. It is a well known mark up language used to develop web pages. It has been around for a long time and is commonly used in webpage design. HTTP, on the other hand, stands for Hypertext Transfer Protocol. It is a means of data communication for the World Wide Web. It is an application protocol for distributed, collaborative, hypermedia information systems. 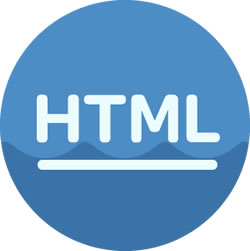 HTML stands for HyperText Markup Language. It is a well known mark up language used to develop web pages. It has been around for a long time and is commonly used in webpage design. XML or Extensible Markup Language defines a set of rules for encoding documents in a format that can be read by both, human and computer. 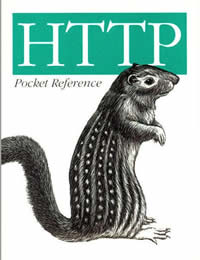 HTTP, on the other hand, stands for Hypertext Transfer Protocol. It is a means of data communication for the World Wide Web. It is an application protocol for distributed, collaborative, hypermedia information systems. Basically, it works as means of telling where the data on the World Wide Web travels from and where to. It allows computers to pass information in an orderly fashion.

HTTP is the protocol to exchange or transfer hypertext. Hypertext is a multi-linear set of objects that are used to build a network by using hyperlinks between the nodes, such as text or words.

HTTP also defines how messages are formatted and transmitted, in addition to what actions Web servers and browsers should take in response to various commands. It is called a stateless protocol because each command is executed independently and without any knowledge of previous commands. For example: Typing a URL in the browser would lead to the browser sending an HTTP command to the Web server asking for the requested Web page. This command would be executed irrespective of any other websites or URLs viewed.

A disadvantage of HTTP is that it is difficult to implement Web sites that react intelligently to user input. This is mainly due to the independent execution of the commands. This difficulty in implementation led to the development of other technologies, such as ActiveX, Java, JavaScript and cookies.

HTML and HTTP are actually two very different technologies. HTTP is an application protocol that dictates how the information on the World Wide Web travels, whereas HTML dictates how the Web pages are formatted and displayed. HTTP is the system that tells Web data how to go from one place to another, while HTML is the language in which Web pages are written. Basically, HTML is a description language for how to present information that passes via HTTP.

The difference is so obvious to me now after reading.I wonder why i could not figure it out previously!