Difference between Regards and Thanks

Key Difference: Regards and Thanks are two valedictions that are considered as informal closings. ‘Regards’ is used when sending someone best wishes or something along those lines. ‘Thanks’ is often used when asking for a favor from someone.

Relationships were much simpler in older times, at least when it came to writing letters. There was either a formal way of writing a letter or an informal way. The content of the letter was also written in a format that depended on the relationship. However, now with the age of emails and text messages, written relationships are getting more and more complicated. Formal and informal communication now has sub-levels, where conversations are dictated by how close the author is to the recipient.

Each form of communication comes with a fixed format, which includes salutation, the body and the valediction. These three are the bases for any type of communication. The salutation is the greeting or how one is acknowledged in a letter. Examples include: Dear, To, To whom so ever it may concern, ABC Department at XYZ Company, etc. This is often followed by the body of the letter or e-mail.

As all forms of communication, even letters and emails need an ending. This is where valedictions come in. These are phrases or words that are a way to bid the reader goodbye and let them know that the letter is coming to a close. Valedictions are often followed by the name and signature of the author. 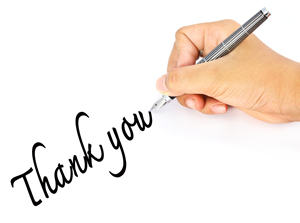 With the rise of more forms of formal and informal communications, the number of valedictions that can now be used has increased. The number has significantly increased from the original two (Yours faithfully and Yours sincerely) to the multiple variations that exist now (Best regards, Regards, Best Wishes, Cheers, Thanks, etc.).

Regards and Thanks are two valedictions that are considered as informal closings and are used commonly when talking to close friends and families. The terms are also used differently; ‘Regards’ is used when sending someone best wishes or something along those lines. This could just be a letter to notify something or a simple exchange between two people. ‘Thanks’ is often used when asking for a favor from someone. If the letter is asking something of the recipient or asking the recipient to do something for the author, thanks can be used as an informal closing letter. In more formal cases, ‘Thanking you’ is more commonly used.

Comparison between Regards and Thanks: