Difference Between Have Been and Has Been

Key Difference: ‘Has been’ is more commonly used to third person tense, while ‘have been’ can be used for both first person and second person. It can also be used as a plural form for third person.

‘Has been’ and ‘have been’ are two different words that often cause confusion in the English language. The two words are similar in usage, but have different meanings when used in different context. Both of these words are used in the present perfect continuous tense, however differ in tense. ‘Has been’ is more commonly used to third person tense, while ‘have been’ can be used for both first person and second person. It can also be used as a plural form for third person. 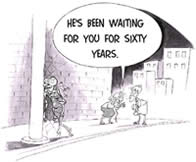 Present perfect continuous tense is used to talk about actions that have been started in the past, but are being continued in the present or will continue in the future. Examples of present perfect continuous tense include “He has been at the airport for two hours.” “He has been in London for another two weeks.” Any period or phrase that denotes time can be used in this tense. However, the tense does not need to be limited to using a time frame, it can also use ‘recently’ or ‘lately’ as well.

Examples of ‘has been’:

As one can see, the examples are most commonly used for third person. It refers to the third person doing a particular job for a certain period. This includes an event that took place in the past, but still continues on in the present. The person started it sometime before, but are still doing it.

Examples of ’have been’:

These examples show that have been, similar to has been refers to a continuous set of events that have started in the past and are still happening in the present. However, the major difference is that this includes in first person, second person and the plural form of third person. ‘Have been’ can also be used in a accusatory tone, used in the smoking sentence in the example.

The notes have been written by her. Is this correcto?

Yes, that is correct.

Yes that is correct. But for readability, will recommend writing it as "I have been single for years but I am married now."

Yesterday, all documents related to EOBI Case have been submitted to Association. Is this correct

Is "something have been recorded" is right

Is it correct to say: the points have been transferred ?
Thank you in advance

Yes, it is right.