Difference between Advertising and Promotion

Key Difference: Advertising is a marketing tool that is used to encourage or persuade audience, customers, and viewers to purchase their products. Promotion is also a marketing technique that is used to reach consumers and create awareness of a new product or a service.

Advertising and promotion are two words that are heard often and to many people who are not marketing students, these words carry no difference. In layman terms, both of these techniques are a way to bring in more customers of create a brand awareness. Though these two work hand-in-hand as while advertising you are also promoting and vice versa, they differ from each other in many aspects and are used for different purposes.

Advertising is usually a long term and requires a large amount of cash. It is also another way to reassure customers, shareholders and employees that the company is doing financially well. Advertising can be done using many methods including newspaper, magazines, television commercial, radio advertisement, outdoor advertising or direct mail. Also with the rise of the Internet, digital advertising such as blogs, websites, pop-ups, etc are becoming very popular. Advertising can also be done by non-profit organization in order to spread messages such as cancer that is caused by tobacco. Advertising is also used in order to acquire funds, such as in case of breast cancer research asking for funds or organizations asking for donations to supply clean water to rural areas, etc. All of these creates brand awareness of a certain product and establishes brand loyalty. As advertising is expensive due to purchasing ad space, renting billboards, etc these are often done by big companies that are trying to maintain their brand awareness. 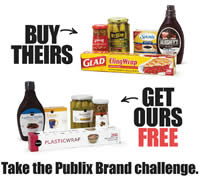 Promotion is also a marketing technique that is used to reach consumers and create awareness of a new product or a service. This also includes advertising the particular product as well as the company. Promotion is a part of market mix elements and is often used by companies as a part of their marketing. Promotion includes other techniques such as personal selling, advertising, sales promotion, direct marketing, and publicity. A promotional mix is how much a company pays attention to a particular part of the five techniques above and how much budget it sets aside for each. The objective of promotion includes new product acceptance, creation of a corporate image, positioning, creation of brand equity, sales increases or competitive retaliations.

Promotion is a short term event and the primary objectives are to present information regarding the company or a project, to increase demand for a particular project as well as differentiate the product from similar products that are produced by other companies. Mediums that are used to promote include discounts, coupons, freebies (where free stuff is provided with the company logo i.e. pens), contests, events, points (that lead to discounts on next purchase), etc. Tasting is also a huge promotion technique that is used by food companies, where they provide free taste of a particular product. Depending on the budget that is set aside by the company, promotions can be cheap or expensive. Due to the company being able to decide the budget, it is usually opted for small to medium companies.