Difference between Mother's Milk and Formula

Key Difference: Breast milk or Mother’s milk is important for a baby as it helps build immunity and provides it with a whole lot of minerals, proteins and vitamins that it needs to grow up.Formula is developed in order to provide babies with nutrients, minerals and anything that a growing child may need. However, it also lacks few things such as antibodies and certain proteins. 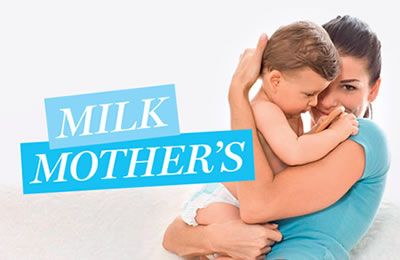 Breastfeeding a main concern for a lot of new mothers that are giving birth for the first time. Also, the more you read on the internet, the more confusing information can be. There are often conflicting research that shows the worst aspects of both the sides. Some new mothers are also provided with advice from their mothers of how it was during their time. So, basically new mothers are left with more questions than answers.

So, which is really better Breastmilk or Formula? Well, the answer is both. Both breastmilk and formula work in the favor of the child. Breast milk or Mother’s milk is important for a baby as it helps build immunity and provides it with a whole lot of minerals, proteins and vitamins that it needs to grow up. The milk is designed in such a way that provides the baby with all the minerals and nutrients it requires.

The amount of milk and the composition of milk differs from mother to mother and depends on the need of the infant. As the infant weans from the milk, the less milk the mother produces and vice versa. The composition of the milk also changes depending on the baby and the age. Additionally, mother’s milk also has antibodies that helps build the baby’s immune system and keep the baby away from illnesses. Mother’s milk is the milk that is excreted by a female from her mammary glands in her breast. It is not exact and can alter itself in order to meet the baby’s needs. It is easily digestible and provides everything that the baby needs in order to grow strong.

As the baby ages, certain nutrients such as iron is reduced. Additional solid foods are often introduced after the child reaches 6 months. It is often advised to breast feed till the child turns 1 and if required until the age of 2. After this, there is often no need to breast feed the child but the parent can continue to do so, if she wants. 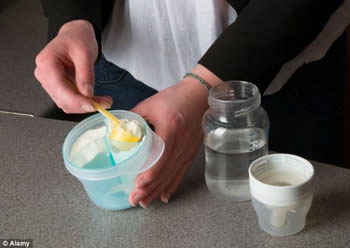 For some mothers breastfeeding is not an option as it can be painful or they can suffer from an illness or have a medical condition where they cannot produce milk. For these mothers there is another option – formula. Formula can also be used by in addition to breast milk, where the child is fed both. Formula cannot replaced mother’s milk as the best option but it is a good alternative or an additional source of food.

Formula is developed in order to provide babies with nutrients, minerals and anything that a growing child may need. However, it also lacks few things such as antibodies and certain proteins. However, it also offers a lot of benefits such as vitamin D – that breastmilk lacks. There are also other benefits of using formula such as it allows the father to bond with the baby by feeding it, is more flexible for the mother as she doesn’t have to make a schedule around feeding time, it is more convenient as the mother can go about her duties and no have to worry about the baby being fed, the mother does not have to worry about her diet because of the baby, etc.

Comparison between Mother's Milk and Formula: