Difference between Lion and Tiger

Key Difference: Lions and Tigers differ in terms of size, skull shape and even in characteristics such as stripes and manes. 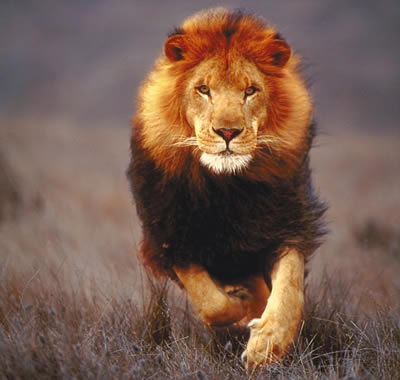 Lions and Tiger are two of the most confused animals for a lot of people. The most common reason for this is because of how many similarities they share. At first glance, lions and tigers can seem the same, especially the females. The most striking difference between the males is the mane that is supported by the lion, which is absent on the tigers. However, they differ in more ways as well.

Lions is the second biggest Felid (belongs to the cat family) in terms of height and width. It is one of the biggest of the five cats in the Genus Panthera. The male lions can exceed 250 kg (550 lb) in weight. Presently, wild lions reside in sub-Saharan Africa and in Asia. Although, at one point lions were in abundance, they are now classified as Vulnerable by the ICUN Red List.

The name ‘lion’ is derived from the mix of Latin ‘leo’ and Ancient Greek ‘leon’. The lions have 12 recognized subspecies, which are distinguished by mane, size and distribution. The lion shares a very similar skull to the tiger, although it is slightly different. A lion’s skull has a frontal region is usually more depressed and flattened, with a slightly shorter postorbital region. The lion's skull has broader nasal openings than the tiger, however, due to the amount of skull variation in the two species, usually, only the structure of the lower jaw can be used as a reliable indicator of species.

The lion is the only Felid species that is sexual dimorphism, which means the males and the females differ from each other in terms of looks. The males differ from males by the mane (the hair around their head), which is not visible in the female. Lion cubs are born with brown rosettes (spots) on their body, rather like those of a leopard but these fade as the cubs grow older. Both the males and the females, have tails that end in hairy tufts. The females are the huntress, while the males take care of the cubs. Lions live in a small group, known as Pride. Each pride may have 2-4 females and their cubs and 1-2 males.

On the other hand, tigers are actually the largest Felid in terms of height and width. It is the biggest cat in the Genus Panthera. Tigers can reach up to a length of up to 3.38 m (11.1 ft) over curves and exceptionally weighing up to 388.7 kg (857 lb) in the wild. They are distinguished from other animals by the black stripes on their body. They have an orange brownish hide that gets lighter underside.

Once, tigers could be found widely across Asia, from Turkey in the west to the eastern coast of Russia; however, they have lost over 93% of their habitat because of human encroachment and poaching (for their hide). Today, they can be found in Southeast and Eastern Asia, a lot of which can be found on the Indian Continent and has been classified as Endangered on the ICUN Red List.

They prefer open grasslands to tropical mangroves with water nearby. They like to swim and wade in the water on hot days. Tigers have muscular bodies and the patterns of their stripes are unique to each tiger. The tiger's stripes are also found on the skin, so that if it were to be shaved, its distinctive coat pattern would still be visible.

The skull is similar to that of the lion, though the frontal region is usually not as depressed or flattened, with a slightly longer postorbital region. The skull of a lion has broader nasal openings. However, due to variation in skulls of the two species, the structure of the lower jaw is a more reliable indicator of species. The tiger also has fairly stout teeth; the somewhat curved canines are the longest among living felids with a crown height of up to 90 mm (3.5 in). 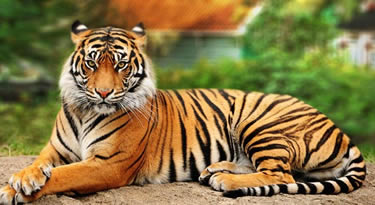 They are a notably sexually dimorphic species, females being consistently smaller than males. The size difference between males and females is proportionally greater in the larger tiger subspecies, with males weighing up to 1.7 times more than females. There is an allele found in the Bengal subspecies that produces the white tiger; however, it is a recessive gene.

Adult tigers lead solitary lives and establish and maintain territories. They scarcely leave their home ranges and look to satisfy their needs and cubs on that range. Tigress usually have smaller territories, while tigers have bigger ones. Cubs usually stay with their mother until they are weaned off and they can go off on their on to mark out their own area.

Lions and Tigers differ in terms of size, skull shape and even in characteristics such as stripes and manes.

Comparison between Lion and Tiger:

1- STRONGEST (lion; average bigger chess, neck, shoulders, greater muscular oxygenation capacity, greater level of testosterones that are related to aggressiveness and muscle strength, lion muscles are more compact, harder that makes them less flexible. National Geographic 2012 Lions are on the list of the ten toughest mammalians on earth. The tiger is not on the list. This means lion is built stronger. The lions life style is the most brutal of all of large predators) 2- RUNNING (lioness; in straight line second fastest cat behind the cheetah) 3- BITE FORCE (National Geographic 2005 test was done on a young lion and the tiger was adult. BBC 2005 said lion and tiger same bite force. National Geographic 2012 this time test on a young adult male lion the results was similar to the tiger. In fight bite force is irrelevant). 4- KILL SKILL (tiger used mainly two killing techniques throat and neck bite, lion use more. The average weight kills of lions are superior to the tiger. The success hunting rates of single lions are superior to the tigers. Tigers are typical feline ambush predators. Lions are too but lot more. Lions can be chasers like cheetahs in open fields. Lions can do some sort of stamina chase a bit like hyenas and dogs by relaying a tired lion by a flesh one. Lions uses a whole lot more hunting tactics than tigers which is related to intelligence. Lion tactics are often complicated. Tigers use mainly swiftness and safe hunting. Lions use more brute power and do more often dangerous hunts. Lions hunt the largest preys on earth and National Geographic 2012 said they are at the very top of the food chain, not the tiger. In short the lion is the world's top predator). 5- INTELLIGENCE (Some years ago skulls comparison said the tiger have a bigger brain. No intelligence test was made. But this was enough for some to pretend the tiger was more intelligent than the lion even if it was generally accepted that social animal are more intelligent. Finally in 2016 an intelligent test was made on groups of hyenas, lions, leopards and tigers. As it was expected the social animals did better. The hyenas came first, the lion second, the leopard third and the animal with the biggest brain the tiger last!) 6- ATHLETIC (tiger more agile and flexible, his strength is more evenly spread that give to the tiger a more powerful back legs and makes him greater jumper - Lion strength are more concentrated in the front, have harder muscles, less flexible) 7- SIGHT (All felines have great vision) 8- TERRITORIAL (Lions are the most territorial large predators) 9- ENERGY LEVEL (lions have greater stamina than tiger; remember the lion is real tough. Tigers are made for fast results with swiftness more than power. If they fail they don't do second attempt. Not being as athletic lions use more power and are more persistent than tiger. Lions don't easily quit.) 10- TEAM WORKING (Lions of course it is also related to intelligence) 11- FIGHTING SKILL (The male lion is a born fighter and have is power concentrated at the front with larger neck, chess, shoulders and lungs. He is made for combat and greater physical effort. Think of fighting dogs like Rottweiler and pit-bull their power is concentrate at the front too. Male lions are so good at it they can fight two adversaries at the same time and their dodging skills are far superior. Lions are really made for combat. They are the only cats that move their heads like boxers do. Lions fight more intelligently then tigers. Having their power more at the front the lion's blows are more powerful than the tigers.) 12- COURAGE (Lions are more willing to fight to death, to hold their ground and combat even if they are greatly outnumbered. Lions do frontal attacks and tigers very rarely) 13- FOOD CONTROL IN CAPTIVITY (If lions are with tigers in same enclosure. A healthy male lion is the usual alpha cat.) 14- WEIGHT. Russian wildlife 12 years study and Sunquist 1981 study says wild male Siberian and Bengal are about the same. Average weight 417 lb. The biggest wild male Siberian in 12 years was 450 lb. In the wild most big cats don't reach 500 lb. there are some exceptions but in average lions and tigers are about the same. In captivity tigers tend to get more often obese than lions. 15- In lion vs tiger combats caught on film the lion is clearly the winner. In antique artifacts again the lion is clearly the winner. 16- Thousands of years ago in Mesopotamian the Asiatic lion was proclaim the king of the beasts in this region there was the Caspian tigers and the brown bear. In the 19th century in India the la b of the Bengal tiger, it was the lion that was named king of the jungle or king of the forest. India choose the lion as their emblem. Russian preferred the brown bear to their Siberian tigers. Why? Because the tigers are not dominant animals lions are. 17- CONCLUSION. In overall, the lion is by far a superior animal than the tiger.

I have no preference, but your assessment is totally skewed and bias. You clearly wanted to elevate the status of one animal over another which is not okay. I always thought lions are bigger than tigers, but it is clearly not. Symbolic asides, a tiger is a much superior animal.