Difference between Fungi and Plants

Key Difference: Fungi are a group of unicellular or multinucleate organisms that live and grow on decomposed matter. Plants are multicellular living organisms that are part of the Plantae Kingdom that are associated with having certain traits such as being multicellular, possessing cellulose, and having the ability to carry out photosynthesis.

Plants and fungi play an important part in the survival of humans and other organisms on the planet. All living things were previously categorized into give distinct kingdoms including Kingdom Monera, Kingdom Fungi, Kingdom Protista, Kingdom Plantae and Kingdom Animalia. Though originally fungi were grouped under Plantae kingdom, it was later classified under its own kingdom due to its striking differences from plants. There are now six classified kingdoms that are present in many botany books in the United States. The additional kingdom is Kingdom Archaea, which was previously classified under Kingdom Bacteria. Humans belong in the Animalia kingdom. Fungi and plants are very different from each other. 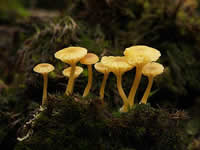 Fungi are a group of unicellular or multinucleate organisms that live and grow on decomposed matter. They are also a member of the Eukaryota domain, while belong to the Fungi kingdom. Though originally they were placed in the Plantae kingdom due to its resemblance to plants, it was classified into a separate kingdom when evidence showed that it resembled the Animalia kingdom more than plants. Robert Whittaker is credited for proposing to create a separate kingdom for the organism. Fungi also include microorganisms such as molds and yeast. The term fungi, singular: fungus; is adopted from the Latin word, ‘fungus’ meaning ‘mushroom’. The origin of this word is derived from the Greek word, Greek word ‘Sphongos’ meaning, ‘sponge’. Fungi can reproduce by various asexual and sexual methods. They are often divided into seven phyla based on their sexual reproductive structures: Microsporidia, Chytridiomycota, Blastocladiomycota, Neocallimastigomycota, Glomeromycota, Ascomycota, and Basidiomycota.

Before Fungi was divided into its own kingdom, it was considered similar to plants as they have similar lifestyle; both are immobile, both grow in soil, and both have similarities in general morphology and growth habitat. Fungi are considered both symbiotic and parasitic in nature, where they thrive on other living objects. Fungi most commonly survive on other carbon based life-forms, such as plants, animals, insects and humans. They are also able to decompose organic matter, and take needed nutrients from the organic substance. They convert organic into inorganic material and play a fundamental role in nutrient cycling and exchange. Fungi are also used as food for humans. Edible fungi include yeast, mushrooms and truffles. They are also in production of antibiotics, detergents and pesticides. Many mushrooms are also poisonous in nature. There are also rare mushrooms, called as magic mushrooms, which have psychedelic properties and are used as recreational drugs. 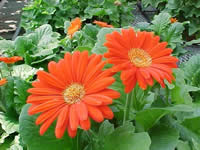 Plants are multicellular living organisms that are part of the Plantae Kingdom that are associated with having certain traits such as being multicellular, possessing cellulose, and having the ability to carry out photosynthesis. Green plants are found in every habitats including Antarctica. The Plantae kingdom also includes other species such as flowering plants, conifers, ferns, mosses as well as green algae. Green plants are often associated with being able produce their own energy using carbon dioxide, water and sunlight. This process is known as photosynthesis and uses chlorophyll, which results in the green color of plants. Thought most plants are independent in nature, there are some plants that are parasitic. They are not able to produce normal amounts of chlorophyll or are able to photosynthesize. The exact number of plant species that are present on the planet is unknown; however estimates suggest that there are over 300,000 to 315,000 plants species on the planet. Majority of these are seed plants, plants which produce seeds. Plants can often be classified under grains, fruits, vegetables, etc.

Plants play a huge part in sustaining human society by producing food and timber. Plants play important roles in many cycles that take place on the planet including water cycle, nitrogen cycle, oxygen cycle and other biogeochemical cycles. In the oxygen cycle, plants help create oxygen that humans depend on, by taking in carbon dioxide and producing oxygen. Plants reproduce using sexual, asexual and spore dispersal method. The flowers are considered as the sex organs of a plant, while fruits develop from the ovaries and are used to spread the seeds. Plants have a symbiotic relationship with many organisms including humans, fungi and insects. The relationship with human includes spreading of the seeds of the plant, while some plants depend on fungi and other organisms to supply nutrients to it. Bees and birds help spread the pollen in the flower.

Humans depend on plants and trees for many things including food, shelter and other requirement. Plants, fruits and vegetables are used for food purposes, while the wood has a variety of uses in construction, development of paper, buildings, furniture, musical instruments, etc. Plants are also used to make cloth or synthetic fibers for clothing. Many plants are also used for medicinal purposes in Ayurvedic medicines. Other products derived from plants include soaps, paints, shampoos, perfumes, cosmetics, turpentine, rubber, varnish, lubricants, linoleum, plastics, inks, chewing gum and hemp rope. It can also be used for scientific purposes such as carbon dating or the rings of the trees can help determine the age of the tree and past climates.

In short, fungi and plants differ from each other in many ways. The cell walls of fungi are created from chitin, while the cell walls of plants are made from cellulose. Most plants are also able to produce their own food and energy, while fungi depend on other organic substance to provide them with energy. Fungi are mostly parasitic in nature and plants are non-parasitic. Fungi also do not have chlorophyll, which means they do not perform photosynthesis. Most plants have roots that help it attach to the ground and pull nutrients and water to produce food. Fungi are usually connected with a network of wire-like substances which also helps them to grab on to organic material and pull nutrients. Both of these also play different roles in nature, while plants are considered as primary producers of food, fungi are considered as primary decomposers of food that help dissimilate the biomass.