Difference between Garbage and Trash

Garbage and trash are two words that are often used interchangeably and thus, there seems to be no distinction between these words. In various dictionaries, they are defined as synonymous. However, they both are generally used in two different contexts. The similarity between garbage and trash is that both refer to waste products; things that are no longer of any use. 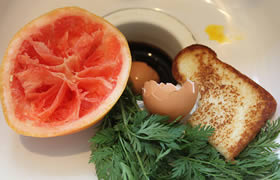 Garbage, the word is generally used in context to any solid waste that is derived or obtained from animal, grain, fruit or vegetable. Garbage is often kept apart from other types of waste as these wastes are capable of being decomposed by the microorganisms. Thus, garbage is mostly associated with the waste product obtained from the kitchen. In America and Canada, garbage is used as a synonym for ‘rubbish’.

On the other hand, trash is generally used in context of combustible and non combustible 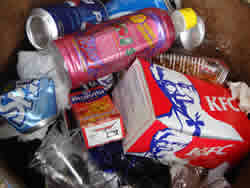 The use of these words may vary from one place to another. Thus, we cannot say that there is a hard and fast rule to define them.

In addition to referring to waste products, these words are also used in connotation to anything worthless, inferior, cheap, rubbish, unwanted or stupid in the literary sense. For example:-