Difference between HTC First and HTC One X

Key difference: HTC First is the first phone that will be released running on the Facebook Home user interface. The phone will be powered by a Qualcomm MSM8930 Snapdragon 400 1.4 GHz Dual-core Krait and a 1 GB of RAM. The HTC One X is a popular product of the HTC Corporation. It comes with Android v4.0 Ice Cream Sandwich and is upgradable to v4.1.1 Jelly Bean. 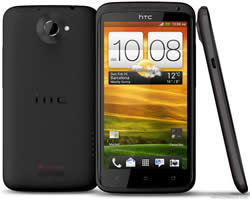 The HTC One X features a 4.7-inch super LCD 2 with 1280 x 720 (HD, 720p) and Corning Gorilla Glass. The HTC comes with Android v4.0 Ice Cream Sandwich and is upgradable to v4.1.1 Jelly Bean. When the HTC One X was launched it was the first phone to be offered with a quad-core processor among the HTC smart phones, making it the fastest HTC phone to date. It includes a 1.5 GHz, quad-core (global version) and 1.5 GHz, dual-core LTE version (USA and selected countries) along with ULP GeForce GPU and 1GB RAM. The phone is offered with non-expandable, 16 or 32 GB internal storage capacity. It offers an 8 MP camera with auto focus, smart LED flash, and BSI sensor, along with a 1.3 MP, 720p secondary camera.