Key difference: HTC First is the first phone that will be released running on the Facebook Home user interface. The phone will be powered by a Qualcomm MSM8930 Snapdragon 400 1.4 GHz Dual-core Krait and a 1 GB of RAM. XOLO has launched the XOLO X1000, an Intel-based smartphone. The XOLO x1000 runs on a single-core Intel Atom Processor Z2480. It has a processing speed of 2 GHz due to its hyper threading capabilities, as well as a 1 GB RAM. Samsung. 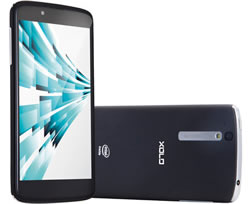 Xolo came around when Lava tied up with Intel to release the Intel based smartphone, the Intel AZ510 in India. The phone was branded as Xolo X900. The brand endured and now handles Lava’s mid-range Android-based smartphones. The Xolo X100 is one such phone that Lava has released into the market.

XOLO X1000 is an Intel-based smartphone. The XOLO x1000 runs on a single-core Intel Atom Processor Z2480. It has a processing speed of 2 GHz due to its hyper threading capabilities, as well as a 1 GB RAM. It is a single-SIM phone with 8 GB of internal memory. It comes with Android OS v4.0.4 (Ice Cream Sandwich), which is a bit outdated, but the company has promised an update by the end of 2013. The phone also features a 4.7 inch Sharp TFT LCD with a resolution of 720 x 1280 pixels. The phone hosts an 8 MP primary camera with burst mode, and a 1.3 MP secondary camera.