Difference between KDE and GNOME

Key difference: KDE and GNOME are Linux desktop systems. KDE is an international project, which is known provide a developed and distributed open source software for desktop and portable computing; whereas GNOME is a part of free and open source GNU projects, known to provide the similar windows desktop systems, applicable to work for Unix systems. 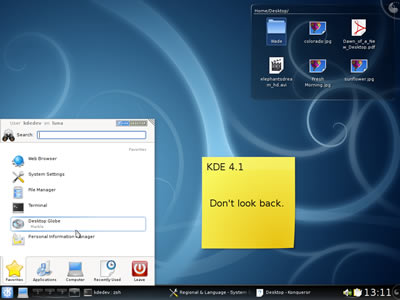 KDE (K Desktop Environment) was first bought into existence by Matthias Ettrich, in 1996. It is an international free software community, which produces an integrated set of cross-platform and its applications, designed especially to run on Linux operating systems. Other operating systems on which the KDE environment is made available are FreeBSD, Solaris, Microsoft Windows, and OS X systems.

KDE is known for its plasma Desktop environment, which provides a default working environment for several Linux distributions, such as the open SUSE, Mageia and Kubuntu and is default desktop environment on PC-BSD a BSD operating system. The basic aim of the KDE community is to facilitate the basic desktop functions and its applications for the daily purposes. It also provides tools and documentations for documentations for the programmers and developers to write stand-alone applications for a system. KDE software is based on the Qt framework. The projects of KDE work under the KDE technologies, and there are several such small and large projects conducted under the KDE technology. There are several libraries and services to run the KDE applications.

KDE is a platform, which is mainly coded in C++ and includes the mature bindings for other programming languages such as the: 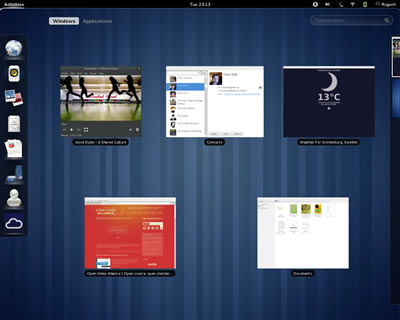 GNOME was first initialized by Miguel de Icaza and Federico Mena as a free software project to develop a desktop environment and applications in August 1997. It was founded after the KDE environment. The name GNOME reflects from the acronym, GNU Network Object Model Environment. It originally refers to the creation of a distributed object framework similar to that of the Microsoft's OLE.

GNOME basically is a graphical user interface and a desktop environment project. It is made up of entirely free and open source software components, which are developed by the largest corporate contributors of Red Hat, the volunteers and paid contributors. It is an international project that includes the creation of software development frameworks and selection of application software for the desktop. It works on the programs that manage the launching of applications, file handling along with windows and task management.

The GNOME project puts heavy emphasis on simplicity, usability, and making things “just work”. The other aims of the project are:

Comparison between KDE and GNOME: