Difference between Dictatorship and Monarchy

Key difference: A dictatorship is a government ruled by one person known as the dictator or an authoritarian party. Monarchy is the rule of the king, queen or an emperor. 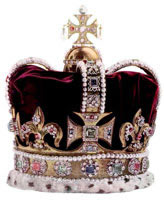 A monarchy is a political system where the head of the state is decided by heredity and there are no elections for the head of the state. The crown is passed from one generation to another, upon the death of the monarch. Monarchs use titles such as king, emperor, queen, duke and duchess. For a monarchy, it is essential to be a part of the royal family, and it is the children of the existing monarch who inherit the title and the power.

Monarchy is considered to be of two main types: constitutional or absolute. Constitutional Monarchy is also known as a limited monarchy. In a constitutional monarchy, power is isolated for the monarch in the constitution of the country. An example of limited monarchy is UK, where the queen is the symbolic head of the government; she has no power in law making and does not deal with affairs of Parliament. It just means that, the monarchy in Britain is ceremonial and the royal family is simply for continuing with traditions. There are currently 44 countries under the monarchy form of governance, of which 16 countries participated in the Commonwealth Games.

In an absolute monarchy, the royal family has supreme powers and it can participate in law making. There is no voice of the people and the government can implement laws as it wishes. This type of monarchy is less common today than a constitutional monarchy. However, countries such as Brunei, Qatar, Oman, Saudi Arabia, UAE, Swaziland, etc. still have forms of absolute monarchies. 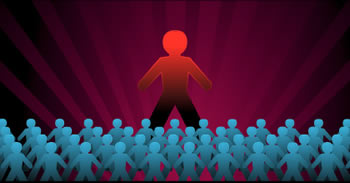 Dictatorship is a system where a single person rules the entire nation. Dictatorship is very similar to monarchy, as all the power is in the hands of a single person. Though the dictator has no line of succession nor does he inherit any power. The power of this individual is unlimited and uncontrolled. It is a form of governance, where a commander in army acquires great powers and utilizes it to overthrow the elected government. He acts as the President of the country and passes laws to this desire. He suppresses all forms of opposition. In a dictatorship, state is considered to be supreme, nothing comes before the state. The people have neither voice nor rights. Dictatorship is regarded as opposition to democracy.

With both the governments curtailing the rights of the citizens, there are quite a few differences between the two ideologies.

Comparison between Dictatorship and Monarchy:

can you give me a MLA citation for this page

Hi Andrew, the MLA citation for this page is as follows:

"Difference between Dictatorship and Monarchy." Difference Between. http://www.differencebetween.info/difference-between-dictatorship-and-mo...

Thank you. All these other articles be all complicated with their answer and ya'lls answer was plain and simple just what i needed. :)