Difference between Transgender and Hermaphrodite

Key Difference: A transgender is a person who wishes to be considered as a member of the opposite sex. On the other hand, a hermaphrodite is a person who has both male and female reproductive organs.

Transgender people may identify as heterosexual, homosexual, bisexual, pansexual, polysexual, or asexual. It does not apply to any particular form of sexual orientation. Transgender is a state in which a person’s gender identity does not match with his/her physical sex. In this state, a person has a strong desire to get transformed into the opposite sex. The Free Dictionary defines transgender as: 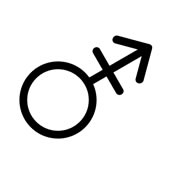 The differences between transgender and hermaphrodite are as follows: