Difference between Yiddish and Hebrew

Key difference: Hebrew and Yiddish are two different languages spoken by the Jews. The main difference between the two languages is that Hebrew is the official language of the Jews residing in Israel, whereas, Yiddish is the second most prominent language spoken by Jews in different parts of the world.

Hebrew and Yiddish are two different languages spoken by the Jews. The main difference between the two languages is that Hebrew is the official language of the Jews residing in Israel, whereas, Yiddish is the second most prominent language spoken by Jews in different parts of the world.

The two languages are quite distinct from each other despite the fact that Yiddish is in fact rooted in Hebrew. The Jewish Torah, which is the most sacred book in Judaism, is written in Biblical Hebrew or Ancient Hebrew. Hence, Hebrew was considered a holy language and too pure to be used for daily communication. Furthermore, Hebrew was too difficult for commoners at the time to understand.

So, over time, Jews living in countries such as Poland and Germany, understanding broken Hebrew and conversing in the regional languages, developed their own language: Yiddish. So, Yiddish is effectively a combination of Hebrew, German, Aramaic, and several other languages.

Yiddish became quite popular all over Eastern Europe, giving Jews an efficient and easy way to converse which was unique to the Jewish culture. It has since developed a rich literature, theater and music culture. Eventually, leading up to and during World War II, many Jews fled Europe for the Americas due to the persecution faced by them throughout Eastern Europe. This effectively brought the Yiddish language over the Atlantic.

The Yiddish language is still spoken in small groups of Jews in various parts of the world, specifically in Europe and America. Still, compared to Hebrew, Yiddish is a much newer language. Yiddish became recognized as a language sometime between the years 900 and 1100. Whereas, Hebrew has been around since biblical times.

When the state of Israel was created, Hebrew as the older and holier language was chosen as the language of the state. Furthermore, there was a belief that as Yiddish was more commonly spoken, it was the language of commoners and slum dwellers. Hence, the modern proud nation of Israel deserved a biblical, pure language. 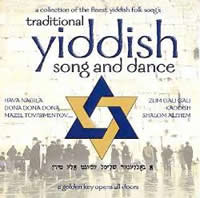 As Yiddish is derived from Hebrew to some extent, it also borrows its alphabet, in addition to numerous words. However, Yiddish does not use some vowels that are commonly used in Hebrew language. Also, some guttural consonants, such as ayin and aleph in Hebrew are used as vowels in Yiddish.

Furthermore, Hebrew has a well defined grammar, whereas Yiddish contains many exceptions to the not so clearly defined grammar rules. This is mainly due to the fact that Yiddish is a compilation of many different languages and hence adopted the rules of many, leading to not having a defined formation. Also, the manner in which words are pluralized in Hebrew and Yiddish differ. There are chiefly only two way to make something plural in Hebrew, whereas there are many in Yiddish, again mainly due to the compilation factor.