Difference between Hurricane and Blizzard

Key Difference: A hurricane is tropical cyclone that is characterized by thunderstorms, strong winds and heavy rains. Whereas, a blizzard is a winter bound storm, which is mainly caused by strong continued winds. A hurricane can cause wind speeds of 74mph to over 155mph, as compared to a blizzard whose wind speeds are between 35mph and 45mph.

Hurricane, blizzard, typhoons, cyclones, etc. such terms can confuse anyone. However, all these terms are really similar with selected differences. The terms hurricane and blizzard are different names, and are used as different phenomena in different areas. Let’s understand the correct difference between these two oceanic phenomena. 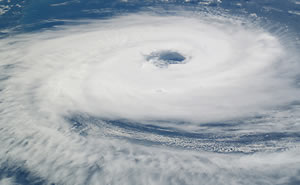 A hurricane is also known as a tropical cyclone. It has a closed, circular fluid motion. On the other hand, a blizzard is a winter bound storm, which is mainly caused by strong continued winds. A hurricane is characterized by thunderstorms, strong winds and heavy rains. A hurricane needs a warm area to develop and cannot exist in cold areas; hence they are most common in tropical areas. Whereas, a blizzard is mainly a severe snow storm with very stong winds. Strong winds combined with a temperature just below freezing create a miserable chill factor. 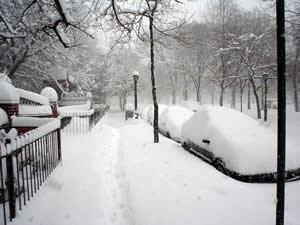 Blizzards may happen in two ways. The winds pull cool air in the direction of the equator from the poles and bring warm air toward the poles from the equator. When there is a warm and cold air collision, a front forms, and rainfall occurs. Warm air can also rise to form clouds, and the blizzard snow, as it floats up a mountainside. Blizzards can cause power disruption and make warmth inside of homes fall hazardously low. Strong winds joined with a temperature just below sub-zero creates a pathetic chill factor.

Hurricanes form from a low pressure system, where the hot air rises and the cold air sinks underneath. Bands of rain clouds slowly form around the center of the system, while the winds and jet steam push the hurricane further into the ocean. It starts as a wave, turns into a storm and then finally a hurricane. Hurricanes travel clockwise in the Southern Hemisphere, and counterclockwise in the Northern Hemisphere. A hurricane can last up to days, if it receives the right pressure conditions. A hurricane will dissipate over ground, however can still cause damage due to the strong winds and rain.

Comparison between Hurricane and Blizzard:

Thank you so much. This helped so much on my argumentative essay about hurricanes and blizzards and wich one is more destructive