Difference between Illness and Disease

Key Difference: Illness is used to describe a person who is in a poor state of health. A disease is an abnormal condition that affects the body of an organism, often caused by pathogens.

Illness and disease are two words that are heard commonly and are often interchanged. Though these terms are similar in nature, they have distinct differences in usage. Both of these words are often used to refer to other things. It is best to distinguish the differences in order to use them correctly.

Illness actually refers to the state of a person in comparison to a medical condition. Illness is used to describe a person who is in a poor state of health. It is also referred to as Ill-health or ailment. World Health Organization defines health as, “a state of complete physical, mental and social well-being and not merely the absence of disease or infirmity.” Anything that is contrary to this statement can be referred to as illness. A person that is ill is usually feeling discomfort, distress or pain of some kind. Many times this pain could be a small medical condition such a headache, stomach ache, etc. Sometimes the term can also be used to include conditions such as injuries, disabilities, syndromes, infections, symptoms, deviant behaviors, and atypical variations of structure and function.

An illness cannot be considered to have a symptom as it describe the patient’s feeling. The patient may be feeling discomfort due to some kind of stress or diseases. This discomfort and pain can be termed as illness. A person can also suffer from emotional turmoil due to internal factors (medical conditions, bacteria, pathogens) or external factors (stress, exhaustion, sadness). Both of these conditions could be termed as illness. Illnesses that can be caused by pathogens or bacteria can be termed as diseases. Illness may or may not have a cure, it could just be healed by time or rest. 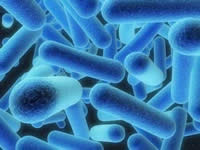 A disease is an abnormal condition that affects the body of an organism. It is often termed as a medical condition and has symptoms and signs that can help identify the type of disease it is. Wikipedia describes disease as, “any condition that causes pain, dysfunction, distress, social problems, or death to the person afflicted, or similar problems for those in contact with the person.” Diseases can be caused by internal source (autoimmune diseases) or external sources (pathogens) Pathogens or infectious agents are microorganism such as a virus, bacteria, fungus, etc. that can cause disease in its host. These pathogens invade a host and made certain changes to the host including cutting the supply of nutrients or infecting certain internal organs, etc.

Diseases that cause pain and discomfort to a patient can also refer to themselves as being ill or contacting an illness. In many cases a person that can have a disease will not feel any symptoms or signs until a long time later. Diseases can also cause death in a person if the infection is not contained or eliminated. Diseases can be classified into four main types: pathogenic disease, deficiency disease, hereditary disease, and physiological disease. Disease often impairs the patient’s normal functions and disrupts its homeostasis.

Illness and diseases can often be interchanged; however it must refer to a disease that is causing the person pain and discomfort. Oxford Dictionary defines ‘disease’ as, “a disorder of structure or function in a human, animal, or plant, especially one that produces specific symptoms or that affects a specific location and is not simply a direct result of physical injury.” It also defines ‘illness’ as, “a disease or period of sickness affecting the body or mind.”

BRAVOO, thanks for the wonderful work done