Difference between Intel i5 and i7 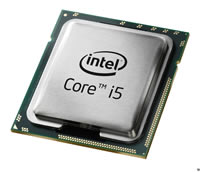 The size of the processors allows for the integration of the Direct Media Interface (DMI) and the Graphics Processing Unit (GPU) within the chip. The GPU makes the processor perform better and more uniformly on different motherboard brands. The DMI, on the other hand, shortens the electrical path between the core and the actual components like the RAM, hard drives, ports, and other resources.

This sets them apart from previous processors. This also allows the i5 and i7 to consume less power, which leads to less heat generation, in addition to better and faster performance. The lower power consumption is especially a plus in laptops, as it increases battery life.

As oppose to the previous multi core processors, both i5 and i7 also support Hyper-Threading Technology. Hyper-threading duplicates certain sections of the processor that store the architectural state but not duplicating the main execution resources. This allows the processor to appear as two processors, hence effectively scheduling two threads or processes simultaneously. The 3rd generation of i5 processors hosts 4 threads, while i7 processors host from 4 to 8 threads. 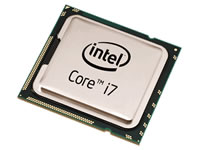 Furthermore, all i5 processors have cache memory between 3MB to 6MB, while the cache memory of the i7 processor ranges between 4MB to 8MB. Cache memory is important because it is much faster compared to RAM. A higher cache memory means that the processor accesses the slower RAM much less often.

Also these differences would not matter or rather should not matter to the general public, as the i5 is more than sufficient for daily use, including web-surfing, gaming, music, photos and video editing, etc., generally what most people use a computer for. The i7 processors, on the other hand, are aimed at high end users and heavy users. These are the one who are often programming, or do high end video and photo editing, etc. This mainly includes programmers, graphic designers, animators, etc.

A general comparison between the two processors as per the Intel website: