Difference between Interface and Abstract Class in Java

Key Difference: Interface or a protocol is a common way that allows unrelated objects to communicate with each other. It represents an agreed-upon behavior that facilitates the interaction between the two objects. An abstract class is a class of objects that cannot be instantiated or set up an instance of an object. This class may have no implementation or can have incomplete implementation. 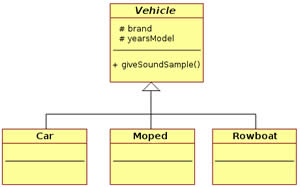 Java, C++, C# are all complicated programming languages that require a detailed study and understanding to be able to work with. There are many different methods that are used in these languages that decide how the language will work. Interface and Abstract Class are two confusing concepts that are part of OOP (object-oriented programming). These two can be used individually or together with each other. These two are completely different from each other and are used in different cases.

Java was developed by James Gosling at Sun Microsystems and was released in 1995. It was originally released as a core component of Sun Microsystems' Java platform. Sun has since re-licensed most of its Java technologies under the GNU General Public License. This means that all the technology licensed under GNU General Public License is open source and generally available free of cost. Sun Microsystems eventually merged into Oracle Corporation. As of 2012, Java has become one of the most popular programming languages for use. This is especially true for client-server web applications. Many other systems have developed alternative implementations of Sun technologies, such as GNU Compiler for Java and GNU Classpath. 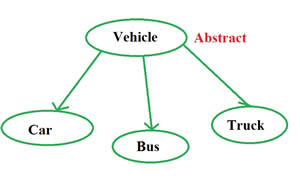 Interface or a protocol is a common way that allows unrelated objects to communicate with each other. It represents an agreed-upon behavior that facilitates the interaction between the two objects. The interface holds the key to the various actions being implemented and serves as a link between the two different objects. If a class of objects is exposed to the interface, the class would have to follow the behavior implemented by the interface. Commonly, interfaces only contain constant declarations and method signatures. Any interface that implements a particular interface, must apply all methods mentioned in the interface or be declared as an abstract class. In Java, any object can be defined as an interface, if that object is null or holds a class in which it implements that particular interface. One can implement multiple interfaces to a single class in Java using implement keywords.

Malliktalksjava.in lists the major differences between interface and abstract as:

The information for the table is the courtesy of codeproject.com and mindprod.com

you are in reality a just right webmaster. The website loading velocity is incredible. It sort of feels that you are doing any unique trick. Moreover, The contents are masterwork. you’ve performed a great process on this topic!