Difference between Java and Javax 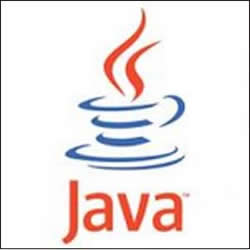 Over time the extensions that were released as javax, become integral to the Java API. However, moving the extension from the javax package to the java package would be too cumbersome and would end up breaking a bunch of existing code. Hence, eventually it was decided that the javax packages would become part of the standard API.

So, practically there is no difference between Java and Javax. It is all in a name.

Hi, thanks for such a nice article. i have a question regarding javax package. recently, i have encountered a class not found exception saying: java-lang-nosuchmethoderror-javax.ws.rs.core.Response.readEntity(Ljava/lang/class). i have compiled the code with java version 1.7.79 (windows eclipse)and running on java 1.7.80(linux). what can be the reason?

Hi, The reason is that classes with the javax.ws package prefix are not available in a standard Java installation. You have to use an extension that provides the WS APIs, such as a CXF SOAP library or a Java EE runtime. This is where the article got it wrong - there is one important difference between java and javax - while all classes under the java prefix are always available, only some classes under the javax package are always available. For other classes under the javax package, you would need an extension - either a library or a runtime that provides them on top of standard Java runtime. The original difference between java and javax was that javax classes were to be provided by additional extensions to standard Java. Since then, some of the javax classes, like JAXB (package javax.xml.bind) which was initially only available in Java EE, were accepted into the standard Java. But even now, many javax classes are still not yet part of standard Java. A typical runtime that provides many javax classes is a Java EE runtime. This is a special edition of Java (typically a Java EE application server) which runs above standard Java SE and provides a lot of extensions.