Difference between Jesus and Muhammad 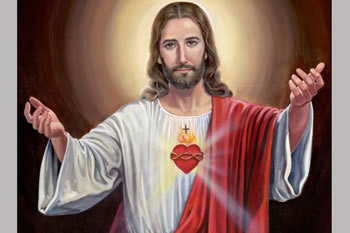 Jesus and Muhammad are often compared with each other as they are the figureheads of their corresponding religions. Jesus is the central figure of Christianity, while Muhammad is the central figure of Islam. However, other than the fact that both are center stone of their religion and that they spearheaded their religion, they have very little in common.

There is more than historical proof that both, Jesus and Muhammad actually lived. Jesus lived and preached long before Muhammad, which is why Christianity predated Islam. Jesus was born between 7 and 2 BC in Nazareth, Galilee. According to Christian doctrines, Jesus was born to Mary through virgin birth. Mary was told by an angel that she would bear the son of God. She was then impregnated by the Holy Spirit, was then married to Joseph, and gave birth to Jesus.

Jesus grew up as a Jew, but was then baptized by John the Baptist. He eventually collected a group of disciples with whom he travelled throughout the region performing miracles such as healing the sick, walking on water, performing exorcisms, turning water into wine, replicating food, raising the dead, etc. Jesus also preached the Word of God everywhere he went.

Jesus was eventually crucified by the Roman Empire for heresy. Before he died he and his followers had already founded the Church. After his crucifixion, his body was laid to rest by his followers. However, after three days he was resurrected from the dead and ascended to heaven.

Jesus is also part of Islam. Islam does not consider Jesus as the son of god, but rather as a Prophet of God. According to Islam doctrine, Jesus (commonly transliterated as Isa) was a bringer of scripture and was born of a virgin, but was neither the son of God nor the victim of crucifixion; rather he was physically raised into heaven by God, body and all.

Islam also considers Adam, Abraham, and Moses as prophets of God, among others. Nevertheless, Islam places more importance on the prophet Muhammad. Muhammad is considered to be the last prophet and messenger of God in Islam. Muhammad was born circa 570 AD in Mecca, Hejaz, Arabia. He was orphaned at a young age and was raised under the care of his uncle. After growing up, he worked as a merchant, and would often retire to the caves for seclusion and prayer. 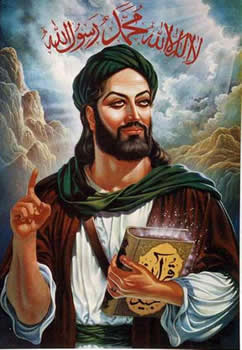 At the age of 40, in one of these caves Muhammad was visited by the angel Gabriel, who gave him his first revelation from God. Three years after this event Muhammad started preaching these revelations publicly. He proclaimed that "God is One" and that by only total surrender (literal translation Islam) can one be acceptable to God. He continued to receive revelations until his death. These revelations, i.e. the word of God, were transcribed into a text known as Quran.

In the beginning, Muhammad gained few followers and was persecuted by some Meccan tribes. He and his followers eventually migrated to Medina. After eight years of fighting with the Meccan tribes, Muhammad gathered an army of 10,000 Muslim converts and marched on the city of Mecca and overtook the city with little bloodshed. He destroyed the three-hundred and sixty pagan idols in the city at the Kaaba.

In 632, Muhammad undertook a Farewell Pilgrimage. After returning from it, he fell ill and suffered from fever, head pain, and weakness. He died that year. Still before his death, nearly all of Arabia had converted to Islam and had formed a single Muslim religious polity.

Comparison between Jesus and Muhammad:

Plz remove the picture of Prophet Muhammed (PBUH) as muslims doesn't make or have pictures of Prophets for respect. Rather upload his name picture.