Difference between Joined and Conjoined 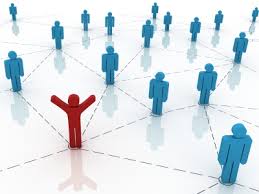 Many people must be familiar with the word joined, which is used to refer to define a link or a connection. For example - He joined a political party. In this sentence, ‘joined’ is working as a connective term for the person and the party. We often use ‘join’ in our day-to-day lives. However, a few people only know about another similar term – conjoined, as it is mainly used in context to conjoined twins or matrimony. The holy matrimony is associated with linking of two people forever. Therefore, this joining together of two persons in the holy matirimony is often used to define conjoined. 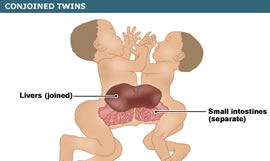 Conjoined twins refer to the twins who are physically united at birth. Thus, the word conjoined is mainly used as an attribute for these kinds of twins. Conjoined also defines an association like the one defined by the word ‘joined’.  Conjoined is also referred to as joined together. It means that the components that are being joined in conjoined type of relation, all distinct components are given equal weightage or importance. However, in case of joined, the weightage of one may differ from the other. The prefix of co- before the term joined defines that the components are closely associated to each other.

Comparison between Joined and Conjoined: