Difference between Laser and Maser

Key Difference: Maser generally refers to a device which is used for creation and amplification of an intense and coherent beam of high frequency radio waves. Laser is same as the maser, but it specifically applies to infrared or optical wavelengths only. Laser has evolved from maser. 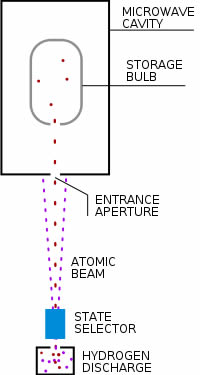 Laser and maser are based on the concept of stimulated emission introduced by the Einstein. This concept is described as a process in which an electron moves to a lower energy due to an interaction with electromagnetic waves.

Maser got introduced by the two physicists named as Charles Townes and Arthus Schawlow. Microwaves are electromagnetic waves with wavelengths of 1 mm to 1 m. Maser refers to microwave beam which is amplified by using coherent stimulated radiation emission. The outer electrons which are in high energy state of molecule are bombarded by a photon; it causes the electron to move down in energy level.

In this process, it releases another photon. Both these photons are similar in phase, direction as well as in frequency. Due to this photon addition, the beam is amplified, these masers are found naturally in space. However, they are also created in laboratories. According to the original definition, they tend to emit only microwaves. After the discovery of maser,  laser got discovered. It is also known as optical maser. 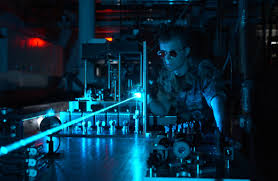 The concept of Maser was extended by shifting the principle of stimulated emission from the microwave wavelengths to shorter wavelengths, which includes the optical range or visible spectrum of around 390-750 nm. Laser specifically denotes the Ultraviolet and Infrared sections of the spectrum.

Thus, the primary difference between Maser and Laser is that Laser emits in the microwave part of the electromagnetic spectrum, whereas laser deals with the infrared or optical wavelengths. It is important to mention that Maser or Laser’s radiation is more intense that other types of radiations.

Comparison between Laser and Maser:

i am student of vidhyasagar university placed in india. this theoy and difference bettwen laser and maser brakes my bad concept so i thanksfull