Difference between Leader and Boss

Key Difference: Leaders are people that are responsible for inspiring, guiding and leading a group of people on a path for a common cause. A boss is a person who is in charge of the work place.

A leader and a boss can be the same thing or two different things depending on the qualities that a person has. A leader could be the boss or a boss could be a leader, while it could be the complete opposite where a leader is not a boss, nor is a boss a leader. Not all bosses are leaders, but they both play an important role in our lives. 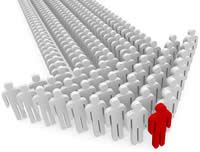 Leaders are people that are responsible for inspiring, guiding and leading a group of people on a path for a common cause. A leader is someone who is looked upon and is followed blindly. He is expected to listen to only the people and nothing else. A leader is also believed to be the good for the people and not only looking for his benefit. The leader is essentially idolized. Dictionary.com defines a ‘leader’ as, “a person or thing that leads; a guiding or directing head.” The leader is responsible for commanding a group of people, without being pushy and is always considered as a part of the group. He is believed to have features such as innovation, inspiration, guidance, strength, a vision. He is believed to be smart, charming, original, good, etc. A leader should always lead the person in the right direction and is always almost just. A leader is believed to be working for the benefit of the people is a trusting person.

A boss is a person who is in charge of the work place. He could be directly the head of the company, or he could be the manager. The boss always has someone to answer to, just like the employees have the boss to answer to. So a boss always has a boss and sometimes it could be people in general. For example, an employee at a manufacturing company answers to the manager, while the manager answers to the director, the director to the CEO, while the CEO has to answer to the shareholder, which are general public. Bosses are believed to be working for monetary purposes and do not always care for the well-being of the people, they are always looking to exploit more people, while trying to pay the least amount possible.  Bosses acquire authority and respect from fear and always have the last say. Dictionary.com defines ‘boss’ as, “a person who makes decisions, exercises authority, dominates, etc; a person who employs or superintends workers; manager.” 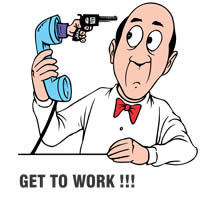 A boss could be a leader and could inspire his people, while taking active suggestions. In short, the happier his employees are, the more productive they are, resulting in more benefit for the company. However, bosses are known to always promote fear, while leaders are known to inspire and lead. A leader is believed to encourage by creating the footsteps to follow, however bosses demand the people work under them and pushes them to work harder. Bosses often just give orders, while leaders lead by example. A leader is considered to be more effective compared to a boss, as they are more productive compared to just following orders.

The most successful is a mix of both a leader and a boss, while sometimes only authority does the trick, it is best to ensure that the bosses believe in their employees and lead them by inspiring them. A leader’s authority and power are in the hands of the people, while the boss’ authority is not.

Differences as listed by management books:

According to my understanding all are correct, so for future I asked you questions about it and on another things.

Agreed with everything! now I have to tell my employees of how they feel of me

the boss says how to do , the leaders show how to do

Hii my openion boss and leader such a valuable points: Leader and boss both are same no one negative and know one positive.and leader have much more knowledge and boss have little bit and leader is a trainer but boss learner. And boss not every time loser & leader also every time is not winner.

Good. But I think Leader - shows how it is done, not Boss

I agree. Just like an expression "bossing around" is not very positive, boss tends to tell do this, do that, leader tends to know what to do, how to do it, and know and show how it is done.