Key Difference: LG Optimus G Pro has major updates to its predecessor, the LG Optimus G. The device sports a massive 5.5-inch True Full HD IPS touch screen with multi-touch capability and a pixel density of 401 ppi. Under the hood, the phone is powered by 1.7 GHz Quad-core Snapdragon 600, making it pretty fast and speedy. The HTC Butterfly is a high-end phone by the HTC Corporation. The HTC Butterfly is sold in four variants: Droid DNA; J Butterfly HTL21; Butterfly X920d; and Butterfly X920e. They are all powered on a Quad-core 1.5 GHz Krait processor. The HTC Droid has the Quadcomm MDM615m, while the Butterfly variants have the Qualcomm APQ8064 chipset. They all have 2 GB of RAM. 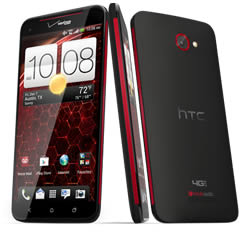 The information for the detailed table about the two phones has been taken from theverge.com, engadget.com, HTC website and GSMArena.com.