Key Difference: LG Optimus G Pro has major updates to its predecessor, the LG Optimus G. The device sports a massive 5.5-inch True Full HD IPS touch screen with multi-touch capability and a pixel density of 401 ppi. Under the hood, the phone is powered by 1.7 GHz Quad-core Snapdragon 600, making it pretty fast and speedy. The Sony Xperia Z is the latest smartphone designed, manufactured and marketed by Sony Mobile and was released February 2013. The Xperia Z is a bar phone that is available with 5 inch TFT touch screen that has approximately 441 ppi pixel density that produces a sharp and clear display. The phone sports 1.5 GHz Quad-core Krait, 2GB RAM with up to 16 GB internal memory storage capacity and up to 32 GB expandable storage available. 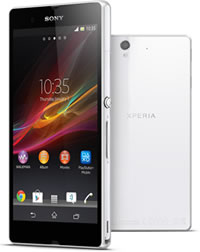 The information for the detailed table about the two phones has been taken from theverge.com, engadget.com, Sony Mobile website and GSMArena.com.