Difference Between Lite and Light

Key difference: ‘Lite’ is an informal way of writing ‘light’, but it can only be used in some instances. The term ‘light’ has various different uses in the English language, such as a light product, a source of light, etc. 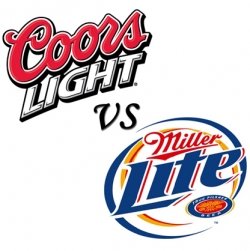 The term ‘lite’, is most commonly used in American English, and is very rare in British English. ‘Lite’ is an informal way of writing ‘light, but it can only be used in some instances. It is mainly used to as a marketing term in labeling and advertising commercial products, such as ‘lite beer,’ or ‘lite coke.’
According to Dictionary.com, any substance referred to as ‘lite’ is low in substances, as sugar, starch, or tars, which are considered harmful or undesirable, i.e. ‘lite cigarettes.’ It is also used to refer to alcoholic beverages which are not as heavy or strong as the normal product and tends to contain less calories and lower alcohol content, such as a ‘lite beer.’ ‘Lite’ is also used to refer to a simpler version, or subset of an application or software which is easier to use and less complex than the original software, e.g. Adobe Flash Lite.
The term ‘light’ has various different uses in the English language. According to Dictionary.com:
“Light” as a verb:
• Something that makes things visible or affords illumination: All colors depend on light.
• An illuminating agent or source, as the sun, a lamp, or a beacon
• The radiance or illumination from a particular source: the light of a candle.
“Light” as an adjective:

• Having light or illumination; bright; well-lighted: the lightest room in the entire house.

• Pale, whitish, or not deep or dark in color: a light blue

• (Of coffee or tea) Containing enough milk or cream to produce a light color.

• Of little weight; not heavy: a light load.

• Of little weight in proportion to bulk; of low specific gravity: a light metal.

• Of less than the usual or average weight: light clothing.

• Weighing less than the proper or standard amount: to be caught using light weights in trade.

• Of little importance or consequence; trivial: The loss of his job was no light matter.

• Low in any substance, as sugar, starch, or tars, that is considered harmful or undesirable: light cigarettes.

• Having fewer calories and usually lower alcohol content than the standard product.

• Spongy or well-leavened, as cake: The cake is light as air.

• Airy or buoyant in movement: When she dances, she's as light as a feather.

• Free from trouble, sorrow, or worry; carefree: a light heart.

• Dizzy; slightly delirious: I get light on one martini.

• Nautical – Noting any sail of light canvas set only in moderate or calm weather, as a royal, skysail, studdingsail, gaff topsail, or spinnaker.

• Meteorology – (of wind) having a speed up to 7 miles per hour (3 m/sec). Compare light air, light breeze.

“Light” as a verb (used with object):
• To set burning, as a candle, lamp, fire, match, or cigarette; kindle; ignite.
• To turn or switch on (an electric light): One flick of the master switch lights all the lamps in the room.
• To give light to; furnish with light or illumination: The room is lighted by two large chandeliers.
• To cause (the face, surroundings, etc.) to brighten, especially with joy, animation, or the like (often followed by up): A smile lit up her face. Her presence lighted up the room.
“Light” as a verb (used without object):
• To take fire or become kindled: The damp wood refused to light.
• To ignite a cigar, cigarette, or pipe for purposes of smoking (usually followed by up): He took out a pipe and lighted up before speaking.

• To become illuminated when switched on: This table lamp won't light.
• To become bright, as with light or color (often followed by up ): The sky lights up at sunset.
• To get down or descend, as from a horse or a vehicle.
• To come to rest, as on a spot or thing; fall or settle upon; land: The bird lighted on the branch. My eye lighted on some friends in the crowd.
“Light” as an adverb:

• With no load or cargo hauled or carried: a locomotive running light to its roundhouse.

“Light” as a noun:
• A light product, as a beer or cigarette.
Tweet