Key Difference: In today’s context, both living room and drawing room refers to a room in a residential house that is used for relaxing, socializing and entertainment of guests. However, the term living room was coined in 19th century and is regarded as the extension of the term drawing room that came in existence in 16th century.

House provides not only shelter to the people living in it, but is also reflection of a person’s lifestyle. Houses are of numerous kinds and may contain any number of rooms in it. The rooms are used for various purposes and thus are named accordingly. For example, a bed room is used for sleeping, a dining room is used for serving and eating food, and many more. Living room or drawing room is also a portion of house that is utilized to serve specific purposes. The terms are today used interchangeably but still the origin of these terms has been into different centuries and thus has little difference in the context to usage in the previous times. However, today they are used to indicate the room with similar functionality. 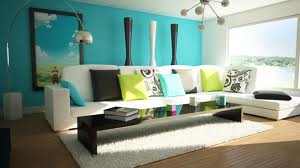 Wikipedia defines living room as “a room in a residential house for relaxing and socializing.”  It is also known as a front room, if it is present at the front section of the house. The term is supposed to be originated in late 19th or early 20th century. This room functions as a reception area. It contains furnishings like sofas and chairs in particular. In context to countries like America and Canada, the living room denotes a formal and quiet entertaining room.

Living rooms provided the space for social activities. It was regarded as a common place where the general activities of living are performed. The history behind the name living room is very interesting. After the end of World War I in 1918, influenza was widely spread and millions of people lost their lives. The bodies of the dead were kept at the front room of the house before taking them to funeral. The room at that time was known as ‘the death room’. Later, when the conditions improved than Ladies Home Journal suggested that this room should not be used to refer deaths, rather it should be known as ‘the living room’, as this a lively section of the house. This space of front section is also used for socializing. The space of living room was utilized to carry out many formal or informal social functions of the house.

Wikipedia defines a drawing room as “a room in a house where visitors may be entertained.” The name is supposed to be derived from 16th century terms ‘withdrawing room’ 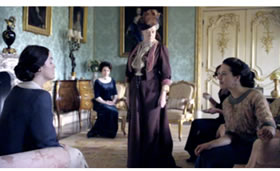 and ‘withdrawing chamber’. The rooms were called by these names in the seventeenth century. Withdrawing as clear from its meaning referred to a room where the owner or distinguished guests can withdraw in order to gain some privacy. During the Georgian, Victorian and Edwardian periods, it was the room where ladies relaxed after a meal. The men generally used to get involved in different activities while the ladies used drawing rooms for relaxing. The term ‘Drawing Room’, can also be synonymously used for ‘parlor’. It is a space which is used for entertaining visitors.

Today, both are considered same and except the theories of origin, they both are considered to be similar and thus are used interchangeably. A living or drawing room is an important room of the house. A person can use the room for relaxation and also to entertain the guests. People decorate this room with immense details as it reflects the identity of the owner. The room is generally furnished with sofas and chairs.