Difference between Manuscript and Transcript

Key Difference: A manuscript refers to a document that is hand written, whereas a transcript is a written or printed copy of a dictated or recorded speech. The original source material and its transcript, always differ in the medium. 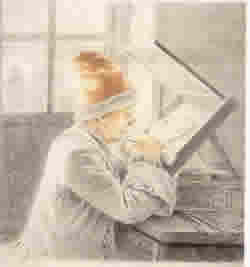 Some important manuscripts include 'illuminated manuscripts'; these scripts belong to Europe and have been produced during the medieval Ages. An illuminated manuscript contains the text which is supplemented by the use of decoration or any kind of illustration. These manuscripts were written using decorated initials, borders and miniatures. These manuscripts of ancient times are of great importance, as they had been able to preserve the information of society, belief, people, ideas, etc. belonging to the Middle Ages.

Before the twelfth century, these medieval manuscripts were primarily written by monks who used to live in the monasteries. These monasteries had special rooms known as ‘scriptorium’. These rooms were used by the monks to write books that were used in religious ceremonies. Many manuscripts of this time were also decorated with gold, silver and other luxurious pigments.

During the Middle Ages, manuscripts were prepared using intricate and laborious craftsmanship, especially at the starting of the production. However, the process could vary in different regions but the underlying methods remained the same. Parchments, obtained from the skins of various animals, were often used for writing manuscripts. They were soaked, stretched, scraped, dried and finally polished, in order to be used for writing purposes. In the fourteenth century, paper was introduced and provided another option for writing. Writing base, pens and brushes were chosen and after that the sheets of writing material were often laid flat, one on the top of the other. Thus, the sheets could be folded and then were sewn together to form the book. 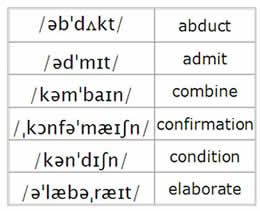 presented in another medium’. In linguistics, it particularly refers to the systematic representation of language in writing. The source could be a speech or a text in some other writing system. The transcriptions are common part of any court hearing. In a trial, the proceedings are generally captured in a transcript.

Phonetic transcription is used for the visual representations of speech sounds. It provides a one-to-one relationship between symbols and sounds. The most popular system of phonemic transcription was created by A.C. Gimson and the system got published in the year 1967. This system is primarily used in the dictionaries that are published in Britain.

Today, most of the transcripts are in form of digital files. There are various softwares that are used for the process of transcription. Manuscript refers to any document that is hand written. On the other hand, a transcript is used for the written or printed version of the source material. The source material needs to be present in some other medium like speech. However, the word transcript is also used in education to refer an inventory of the courses and marks or grades obtained by the students.

Great Explanation !! Thanks a lot. Removed lot of confusion. Keep it up.