Difference Between Mass and Matter

Key Difference: Mass is divided into three types: inertial mass, active gravitational mass and passive gravitational force. The most common type used in physics is the inertial mass, which is a quantitative measure of an object's resistance to acceleration. In the scientific world, matter is defined any object that has mass or volume (occupies space).

Mass and matter are important principles that are most commonly heard in the fields of physics, cosmology and astrophysics. Due to their close relation to each other, they are often assumed to be interchangeable, but they are complete different words with different meanings. Compared to matter, mass is a more clearly defined concept. 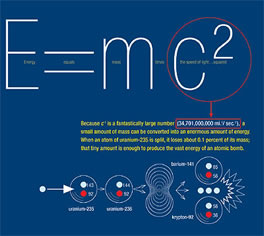 Though, matter does not have a proper scientific definition, the concept of matter goes back to the Ancient Greeks. In those days, matter was considered as ‘material’, meaning everything that was tangible was considered as matter. In the scientific world, matter is defined any object that has mass or volume (occupies space). The oldest real scientific theory of matter is believed to be suggested by Leucippus and Democritus in around early 400 BC. The “particulate theory of matter” theory states that matter is not continuous, but built of discrete building blocks.

Matter is usually classified in four states or phases: solid, liquid, gas and plasma. It was stated that all objects are made up of molecules and each molecule is made up of atom, atom matter, made up of interacting subatomic particles. However, Einstein’s theory of relativity stated that all matter can eventually turn into energy. He showed that waves sometimes behaved as particles and particles behaved as waves. This is known as the wave particle duality. This combined mass and energy, making them forms of matter. The equation E=mc2, where E is the energy of a piece of matter of mass m, times c2 the speed of light squared, shows much energy can be obtained from a piece of matter.

When matter is heated enough it ionizes (or loses its electrons), causing it to emit energy in the form of light. The light that is given off by the sun and starts is a result of this ionization. Atomic matter at lower temperatures also can reflect light, absorbing some at specific wavelengths, which determines the colors of the objects we see.