Difference between Mass and Weight

Key Differences: Mass is the amount of matter in an object and it is always the same, while weight is the force of gravity on an object and constantly differs.

Mass and Weight are two terms that are often used interchangeably in everyday usage. The mass of an object is often referred to as its weight, though both the concepts are different from each other. Mass is the amount of matter in an object and it is always the same, while weight is the force of gravity on an object and constantly differs. 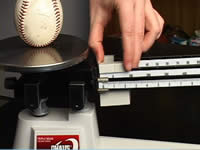 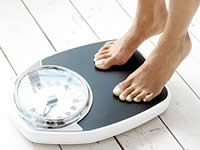 The magnitude of weight on an object is denoted using an italic W and is the result of the mass (m) of the object and the force of gravitational acceleration (g), resulting in W = mg. The established definition of ‘weight’ as set by the 3rd General Conference on Weights and Measures (CGPM) in 1901 is, “the word weight denotes a quantity of the same nature as a force: the weight of a body is the product of its mass and the acceleration due to gravity.” The concept of weight was developed further by Newton's laws of motion and Newton's law of universal gravitation. This resulted in separating weight from mass, creating them into two distinct concepts. According to author Igal Galili, “Newton considered weight to be relative to another object causing the gravitational pull.” Newton considered time and space to be absolute.

When we measure ourselves, we mostly call it weight, but even in that sense there are two types of machines that can be used to measure our weight, one measures our mass, while the other measures our weight. The machines that are used at the doctor’s office; the balance-beam-type scale, this machine measures the weight by comparing the weight on the platform with sliding counterweights on the beam, in actuality it measures mass. The machines that require the person to stand on them which then reads the weight on a LCD screen or a pointer, actually measures weight. This former machine is not affected by the gravitational pull on it, while the latter machine is.