Difference between Minuet and Minute

Key Difference: One minute is a unit of time that refers to 60 seconds or, alternately, one sixtieth of an hour. The minuet is a type of slow dance that was quite popular in France during the eighteenth century. 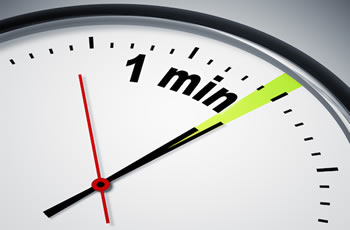 It often happens that two words that often look and sound alike tend to create confusion between the masses. Most people, and especially learners of a new language, tend to mix up similar words leading to difficulties in learning and usage. Minuet and minute are two such words in the English language.

Other than the misspelling, differentiating between minuet and minute is made difficult by the fact that minute has three distinct definitions, whereas minute has two. Nevertheless their definitions don’t overlap anywhere. However, they do have the same root word. Both the words originate from the Latin minutus, which means ‘small’, which is another reason why they are confused so often.

As stated previously, minute has 3 distinct definitions. The first definition and the most common one is where it signifies time. One minute is a unit of time that refers to 60 seconds or, alternately, one sixtieth of an hour. In this context, the word is often used literally, i.e. to refer to one minute exactly, or figurative, i.e. when we say one minute but actually mean 15 to 20 minutes or even longer.

The second definition of minute requires the word to be pronounced differently. Instead of the regular pronunciation of “min-it”, it is pronounced as “mi-nu-t”. Here the meaning of the word changes to refer to something that is small or insignificant. For example: minute particles or minute details.

The third major definition of minute leads to the business world. Here the term refers to summarized records that are usually taken during a meeting, which can be referred or referenced later. The minutes are an official memorandum recording what was discussed and decided during the meeting.

Now, minuet is completely different; and not a misspell as many believe. The minuet is a type of slow dance that was quite popular in France during the eighteenth century. It is named so because it involves taking small dainty steps. However, the dance had fallen in popularity but is seeing a revival now. The minuet is similar to a waltz. 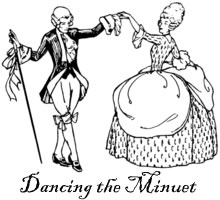 As is often happens with dances, the music that the dance is danced to often gets known by the name of the dance itself. For example: Waltz, Salsa, and Minuet. Hence both the dance and the music have the same name. That is also the case with the Minuet. The second definition of the term, minuet, refers to the music on which the minuet is danced. This music is often part of a sonata, symphony or suite.

Comparison between Minuet and Minute: