Difference between Moron and Retard 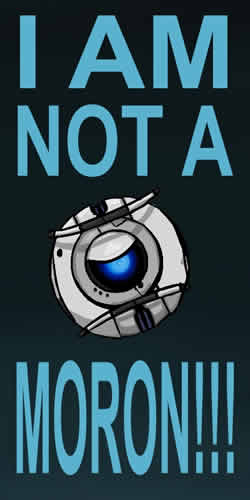 Some psychologist and psychiatrist believe that there is no exact meaning for moron and retard. The words are insecurely used for people who seem mad, stupid, boring, half-witted, and/or unwise; each is often discarded in favor of dunce, dolt, and numskull.

English Dictionary defines moron as ‘a person of subnormal intelligence’. Moron is a person who is extremely frustrating and lacking in good judgment. The term moron originated from the Ancient Greek word moros, meaning "dull" or "foolish". In the older times, it was observed that a moron is a stupid person with the mental age between 7 to 12 years. However, in modern times, it just refers to a person whom one finds doing stupid things and the activities that are very irritating. Moron may also refer to places, surname, song, book, etc. 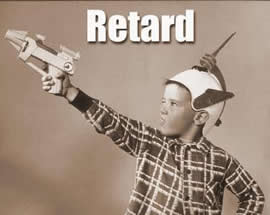 Dictionary.com defines retard as “a person who is stupid, obtuse, or ineffective in some way.” It means that it connotes a person who is mentally retarded or uneducated. It is usually used as an offensive term to hurt someone’s sentiments and feelings. The term retard originated from the Latin word retardare, meaning “slow”. This term is used for a person who is uneducated and or is not pleasant in the society. In simple terms, a retard is basically a person who needs to work a million times harder to be able to do simple things. Retard is also used in the context of delay or hold back in terms of progress or development.

The main difference between moron and retard is that a retard will usually suffer a lot of laughter from society; and the people who choose to make fun of the mentally retarded tend to be complete morons.

Comparison between Moron and Retard: