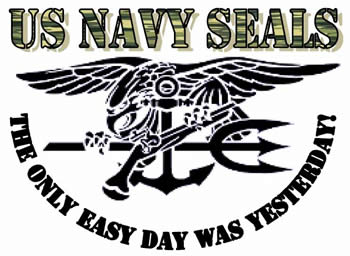 The Navy Seals are the principal special operations force of the US Navy. It is a part of the Naval Special Warfare Command and United States Special Operations Command. The SEALs in fact stand for The United States Navy's Sea, Air, Land Teams. The main function of the SEALs is to conduct small-unit maritime military operations. These operations mainly originate from, and return to a river, ocean, swamp, delta or coastline, where the normal units of the Navy would be limited. In such places, the SEALs can go in, achieve the objective and get out much faster than it would be possible for the Navy’s ships and submarines.

As their name suggest, the Navy's Sea, Air, Land Teams are trained to operate in all environments including land, air and sea. They are also trained to operate in climate extremes of scorching desert, freezing Arctic, and humid jungle. The missions and objectives of SEALs include pursuit of elusive, dangerous and high-priority terrorist targets, covert reconnaissance of landing beaches and coastal defenses, hydrographic reconnaissance and underwater demolition of obstacles prior to any amphibious landing, hostage rescue, guerrilla warfare in enemy territory, gathering information on enemy resources and troop movements, VIP extraction, etc. 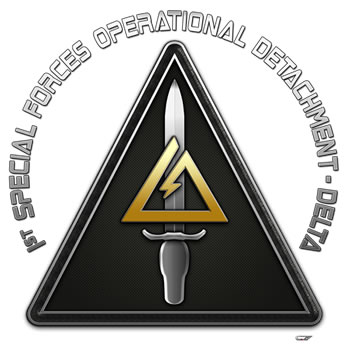 The Delta Force is also a type of special operations force. However, it is affiliated with the US Army. It is a U.S. Army component of Joint Special Operations Command. Delta Force is officially known as 1st Special Forces Operational Detachment-Delta (1st SFOD-D). Along with the Naval Special Warfare Development Group, the Delta Force is the US military’s primary counter-terrorism unit.

The main functions of the Delta Force include counter-terrorism, direct action, and national intervention operations. They are an extremely versatile group that is required to conduct various types of clandestine missions, including but not limited to hostage rescues and raids. As a counter-terrorism unit, they often work with the CIA’s highly secretive Special Activities Division (SAD) and more specifically its elite Special Operations Group (SOG) on missions. In fact, majority of the operations assigned to Delta Force are classified and may never be known to the public due to the nature of the missions and their importance to US military objectives.