Key Difference: .NET is a software framework/infrastructure developed by Microsoft used to develop, run and deploy next generation of applications and XML Web services. .NET 3.5 and .NET 4.0 are two different versions of .NET. Its 4.0 version is more advanced and hence  contains enhanced features than compared to 3.5.

To bring the differences out, the concept of .NET Framework must be clear. As defined by the Microsoft, the .NET Framework is a consistent programming model for building applications that have visually stunning user experiences, seamless and secure communication, and the ability to model a range of business processes. .NET 3.5 and 4.0 are based on this particular definition but the difference emerges as 3.5 released before and 4.0 released later, providing the opportunity to developers to add extra functionalities and improve the framework 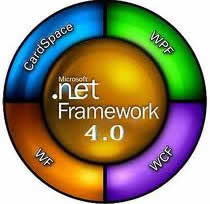 in 4.0. Companies always try to bring out new versions in order to enhance their product and Microsoft is always ready with a new improved version. This is very important to compete with other companies which are focusing on the same kind of product.

.NET Framework 3.5 was released on 19th November 2007 and .Net 4.0 was released on 12th April 2010. 4.0 contains all the basic features of 3.5 but improvements have been made in Common Language Runtime and Base Class Library. 4.0 also show improvements in data access methods and data modeling techniques. Enhancements have been also added to ASP.NET in the later version with features like new query filters, entity templates, more control over HTML etc. 4.0 also showcases improvements in Window Presentation Foundation and many more. In ASP.NET 4, requst validation is enabled for all requests by default and due to this change, those request validation errors occur which do not have occurred in 3.5.  Some of the key differences have been highlighted in the table.