Difference between Nursery and Pre-nursery

Preschool education plays a vital role in a child’s life. A child is exposed to the learning environment before the beginning of the formal schooling. These centers or institutions deal with the children between infancy and school age. There are various types of preschools. The terms may also vary form one country to the other. However, generally the preschools are broadly divided into categories of nursery and kindergarten. Nursery deals with the children up to four years of age and kindergartens are generally for kids of minimum 5 years of age. 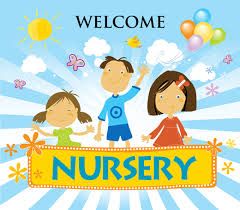 Pre-nursery and nursery help to nurture the knowledge of children. It also helps the children to develop social skills. In nursery classes, emphasis is laid on the learning aspect. However, pre-nursery programs act as catalysts for an easier transition of a child from home to school, which later helps during the nursery program. The timings of these preschools vary from one institute to the other. However, in most of the places they are offered as a half-day program. Nurseries and pre-nurseries provide early education as well as childcare for children. Therefore, they are also referred to as playgroups.

The term nursery is also used to denote a room in an area of the house that is usually reserved for the use of children. However, most of the times, it is used in context to a nursery school. In England, nursery is also called FS1 which denotes the first year of foundation course.

Comparison between Nursery and Pre-nursery: