Difference between Object and Class

Key difference: Class and Object are two most important concepts of an Object oriented programming language. The main difference between the two is that class is a blueprint which is used to create different objects of the same type.

Object Oriented Programming (OOP) is a very popular style of programming because of its ability to handle complex applications with more codes. Class and object are two terms that are commonly used in OOP languages. In its most basic form, objects are the instantiation of classes. This article differentiates between the two terms. 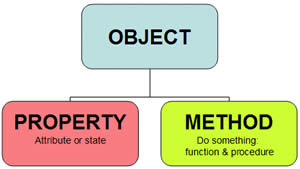 An object is defined as any entity that can be utilized by using commands in a programming language. An object can be a variable, value, data structure or a function. In OOP, an object is referred to as an instance of a class.

An object is an extension of abstract data type, with addition to polymorphism and inheritance. An object has state (data) and behavior (code). In programming, the key is that each object itself is responsible for carrying out tasks.

An object contains properties and methods which are needed to make a certain type of data useful. An object’s properties are what it knows and its methods are what it can do. The methods provide functionality to applications and ensure that an object’s data is being used properly. Methods also allow the actual execution of tasks to be hidden and to be standardized for particular operations for different types of objects. Methods are used to access the objects of a class. All the interaction is done through the object’s methods. This is known as data encapsulation. The objects are also used for data or code hiding. 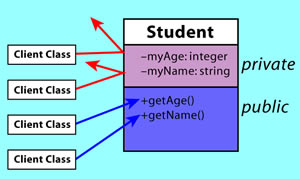 A class is a concept used in object oriented programming languages such as C++, PHP, and JAVA. It provides values for state (member variables) and implementations of behavior (member functions, methods) in programs.

A class is said to be a blueprint of an object. It is an extensible guide used for creating objects; it is a subroutine that creates an object. A class does not represent the object; it represents all the information and methods an object should have. One class can be used to instantiate multiple objects. It is considered to be an extended TYPE declaration. Below is a basic example:

The above class, named ‘Sample’, includes a single method named main. Within main, the variable sample text is defined as "Hello world!”. The main method invokes the class system from Java's library, which contains the ‘out.println’ method. This method is used to print the sample text to the output text window.

Classes are a fundamental part of OOP. They allow variables and methods to be isolated in specific objects instead of being accessible by all the parts of a program. This encapsulation of data protects each class from changes in other parts of the program. By using classes, developers can create structured programs with source code that can easily modify the programs.

Comparison between Object and Class: